IAS topper Tina Dabi, who recently trended on the internet after it emerged that she had dropped Khan from her surname, has lately earned plenty of plaudits for her exemplary work in fighting the spread of coronavirus in Bhilwara in Rajasthan. Already a social media sensation, the young IAS officer has seen phenomenal rise in public adulation for her in the wake of her achievement in containing the spread of the deadly virus. Buoyed by widespread appreciation, Tina recently shared a series of photos of her tireless work during the current nationwide lockdown. In one social media post, she also broke her no-interaction rule and decided to engage with her fans on Instagram. 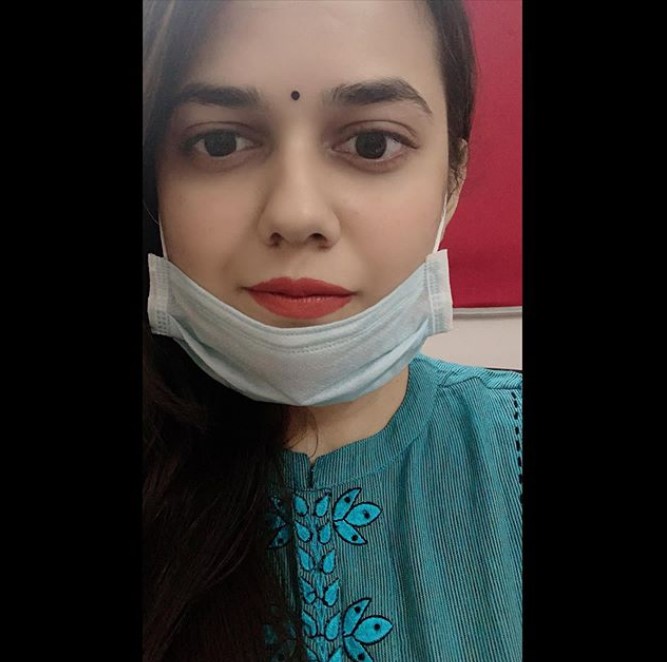 One of her latest Instagram posts showed her carrying out the inspection work during the lockdown in Bhilwara. Dressed in a tracksuit, Tina was seen in conversation with her subordinates on the ground late into the night. While sharing the photos, she wrote, “From last night. Midnight duty calls. To maintain curfew, we have to constantly keep vigilance over our check posts to monitor entry and exit of persons.”

From last night. Midnight duty calls. To maintain curfew, we have to constantly keep vigilance over our check posts to monitor entry and exit of persons.

This post evoked plenty of reactions from her fans. Not known for responding to her fans on social media, Tina decided to engage with some of them this time around. When one fan appreciated her tireless work, Tina replied, ” so sweet! Best wishes.” In response to another fan’s comment that she was her role model, Tina replied with a red heart emoji, “that is so sweet ! ❤️”

Tina had recently trended on the internet for several days after it emerged that the affable IAS topper from Delhi had dropped Khan from her surname and removed the reference to Kashmiri daughter-in-law from her Instagram bio.

Tina, who topped the IAS exam in 2016, had got married to the same year’s all-India number two rank holder Athar Aamir Khan, who hails from Jammu and Kashmir.