A close family friend of Sushant Singh Rajput has sensationally revealed that the actor’s reported suicide could be linked to the death of his manager Disha Salian. Smita Parikh said that Sushant was scared about his life as soon as he learnt about Disha’s suicide. 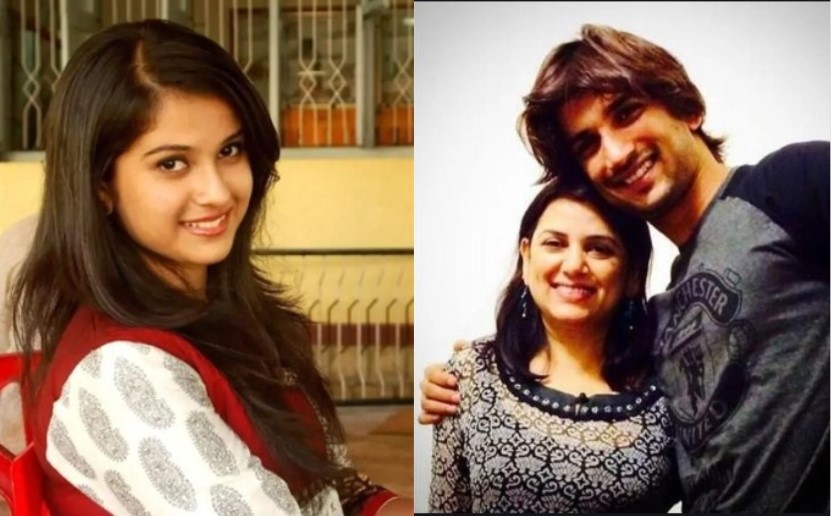 “Rhea left Sushant’s house on the 8th (June) morning. I was told that two very big luggage bags were filled up with her stuff. She left his house and almost broke up with him. The driver was asked to drop her to her house. That same evening, Meetu (Singh) Di (Sushant’s sister) had come to Sushant’s house. She was supposed to come,” Parikh told Arnab Goswami of Republic News.

Parikh said that Rhea had left Sushant’s house even before Meetu arrived, adding that the late actor was normal as he welcomed his sister. However, according to Parikh, everything changed the following day as the news of Disha Salian’s suicide came in.

Parikh said, “But, unfortunately, what happened on the 9th with Disha Salian, had upset Sushant quite a lot. Suddenly he got very scared, continuously telling Mitu Di that ‘they wouldn’t spare me now. They would now go after me.’ I don’t know who he was mentioning. He was very anxious, but not depressed.”

Parikh revealed that Sushant was ‘absolutely normal’ before he received the news of Disha’s death. “He was playing TT (table tennis). He was doing meditation. In fact Mitu Di and he finished four sessions of advanced yoga together. But immediately after this (Disha’s suicide), he started feeling very anxious. He told Mitu Di repeatedly ‘I don’t know what will happen now. I think they will finish me now. I think they will chase me now.’ He was very scared.”

Parikh said that Sushant called his IPS officer brother-in-law, Siddharth (Priyanka’s husband), and told him, “I am feeling very scared Siddharth. Can you please come and take me from here? Ultimately, they (Siddharth and Priyanka) were going to take him to Chandigarh.”

#CBIForSushant | Earlier in November also he had approached his family, he wanted to leave the industry. He was feeling very suffocated. So they had driven him to Chandigarh: Smita Parikh- Festival Director, Lit-o-Fest Mumbai pic.twitter.com/H9f849KpLK

Sushant’s family friend said that the actor had travelled to Chandigarh even in November last year to spend a considerably long time with his sister and brother-in-law because ‘he wanted to leave the industry.’ “He was feeling very suffocated,” said Parikh adding that Sushant wanted to start organic farming in Chandigarh.