Immediately after it became official that Twitter had decided to accept Elon’s offer to buy 100% stakes in the social media company, the hashtag #leavingtwitter became a top trend on the microblogging site. This followed an important announcement from Musk on free speech. 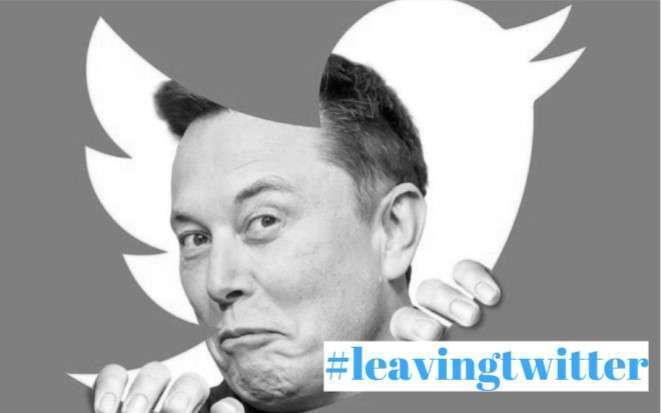 Even before Twitter released an official statement, Musk had assured even his critics to not worry about being censored on Twitter under his control. “I hope that even my worst critics remain on Twitter, because that is what free speech means.”

Soon, Twitter CEO Parag Agrawal confirmed that Musk offer to buy 100% stakes in Twitter for $43 billion had been accepted by the social media board.

But, the fact that Twitter would now be privately controlled by Musk left many worried. Others inferred Musk’s assurance on free speech as sign that hate speech would flourish on the social media platform after Tesla founder takes control of the affairs. Hence the hashtag #leavingtwitter.

While some raised their apprehensions on the rise in hate speech on Twitter, others said those worried about hate speech were free to leave the platform.

Imagine #leavingtwitter not because you are being restricted or censored but because your political opponents are not! This is the petty authoritarian mindset that now characterizes the Left in this country

The Left cannot perform on the battlefield of ideas unless their opponents are bound and gagged.

Let THAT sink in.

Musk offered to buy the 100% stakes in Twitter for $54.20 per share only this month days after he declined to join the company’s board.

Musk had aid that he invested in Twitter as he believed in its ‘potential to be the platform for free speech around the globe.’ I believe free speech is a societal imperative for a functioning democracy,” he had added.

Musk, however, had made it clear that the offer made by him was the ‘best and final’, adding that he would be forced to reconsider his position as a stakeholder in Twitter if his offer was not accepted.

Days later, he was seen publicly embarrassing Saudi Prince Alwaleed bin Talal after the latter took to Twitter to announce that he had rejected the US billionaire’s offer to buy 100% stakes in Twitter. Talal, who reportedly owns over 5% stakes in Twitter, had said that Musk’s offer was not an accurate valuation of the social media platform.

The Twitter board had first rejected Musk’s offer but the company appeared to take a spectacular U-turn and reportedly accepted the offer.