Gujarat Titans’ skipper Hardik Pandya was left in disbelief after Rahul Tewatia hit two huge sixes off the last two balls of the match to pull off a sensational IPL win against Punjab Kings. 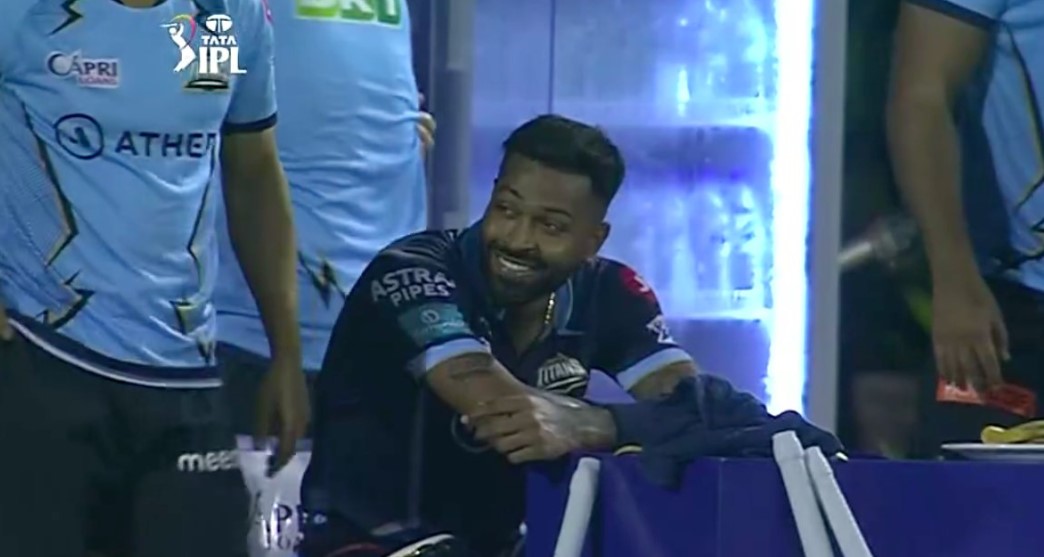 Punjab had set a target of 190 for Gujarat Titans in 20 overs. The team led by Pandya needed 19 runs from the last over. Their woes were compounded after Pandya ran himself out. David Miller hit a four and stole a single, bringing Rahul Tewatia to face the last two balls of the match. Gujarat needed 12 runs from the last two deliveries to win the match. Odean Smith was bowling and did not appear to bowl any loose deliveries. But Tewatia had other plans in mind. He decided to smash Odean Smith to two successive sixes, pulling off a sensational win for Gujarat.

Pandya, who was visibly upset after being run out, looked in disbelief. He later said that he felt sympathetic to Punjab for having lost the match in this fashion. Today’s six-wicket win against Punjab Kings meant that Gujarat Titans have been unbeaten in the competition up until now. Shubman Gill was unlucky to not have completed his maiden IPL century. He made 96 from 59 balls and was rightly declared Player Of The Match.