Gujarat Titans skipper Hardik Pandya on Thursday faced another round of public ridicule after he was hit by karma during his team’s match against Rajasthan Royals. This came just days after he was called a ‘classless’ person by netizens for allegedly abusing Mohammad Shami during a LIVE cricket match. 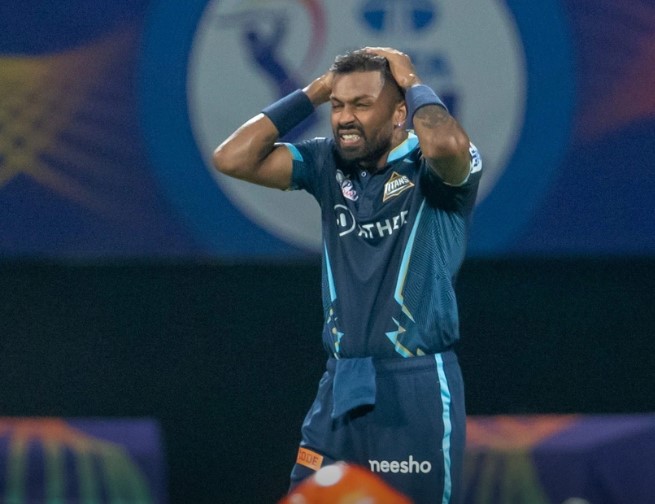 On Thursday, Hardik Pandya dropped Shimron Hetmyer off the bowling of Mohammad Shami. Shami was furious and disappointed but he did not yell at or abuse Pandya as was the case in the last match.

Pandya had faced public condemnation for allegedly abusing Shami in the last match against Sunrisers Hyderabad after the Team India fast bowler did not make an attempt to hold on to a catch.

Pandya was declared ‘classless’ for showing no respect to Shami, who is a lot senior to him in the Indian cricket team.

The controversial player from Gujarat is now facing another round of ridicule for dropping a catch off Shami’s bowling.

Karma Cafe serves everyone what they deserve! ??

Hardik drops a catch on Shami’s bowling ?
Shami looks disappointed but not angry. ?

And Shami could’ve said similar things to Hardik and it would have been OK. Happens on the ground, players aren’t robot with pre installed morality programme. https://t.co/3TaOrXLFKV

Gujarat Titans defeated Rajasthan Royals by 37 runs and occupied the top spot in the points table. This was their fourth win in five matches. They have become the first team in this IPL to win eight points.