Isha Ambani has emerged as a confident heiress of the Ambani empire as she played key roles in securing lucrative investments for Reliance Jio including getting Facebook on board. But the source of Isha’s confidence lies in her upbringing when she had to compete with four male members of her family to ‘survive.’ Shloka Mehta’s sister-in-law had revealed in an interview how she grew up as a tomboy while competing with brothers Akash and Ananth Ambani and cousins Anmol and Anshul Ambani. 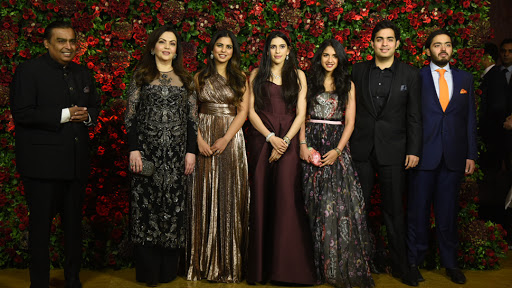 Isha had told the Vogue magazine, “I was the only girl with four boys at home. It was Akash, Anant, Anmol, Anshul and me. So by default, I had to be naughty to survive. If I tried to be anything else, I wouldn’t be included in all their games and fun. I grew up very much a tomboy. At home, there was no gender bias. I was never told that because you’re a girl, you can’t do this or that.”

Anmol and Anshul are the sons of Tina Ambani and Anil Ambani, the younger brother of India’s richest businessman Mukesh Ambani.

In the same interview, Isha had spoken in detail about her relationship with Shloka. She had said, “In fact, Shloka’s sister, Diya [Mehta Jatia] and I were in the same class in Sunflower and then in JB [Petit]. We have been best friends for over 25 years. Then when I moved to Ambani, I skipped a grade and went to Shloka’s class. So I’ve been like a third sister to them. I was thrilled with the engagement news. Shloka’s always been part of the family for us.”

Isha married Anand Piramal in December 2018, while Akash exchanged wedding vows with Shloka a few months later. Isha had showered praises on his twin-brother for sacrificing his wedding dates to ensure that she got married first. Isha had said that Akash was the kindest (dayalu) soul anyone could meet.