Days after launching a tirade against Anil Ambani for his role in the collapse of Yes Bank, Arnab Goswami on Monday night sensationally alleged a corrupt link between a big real estate company and a Delhi-based media house, which preached ethics in journalism to others. 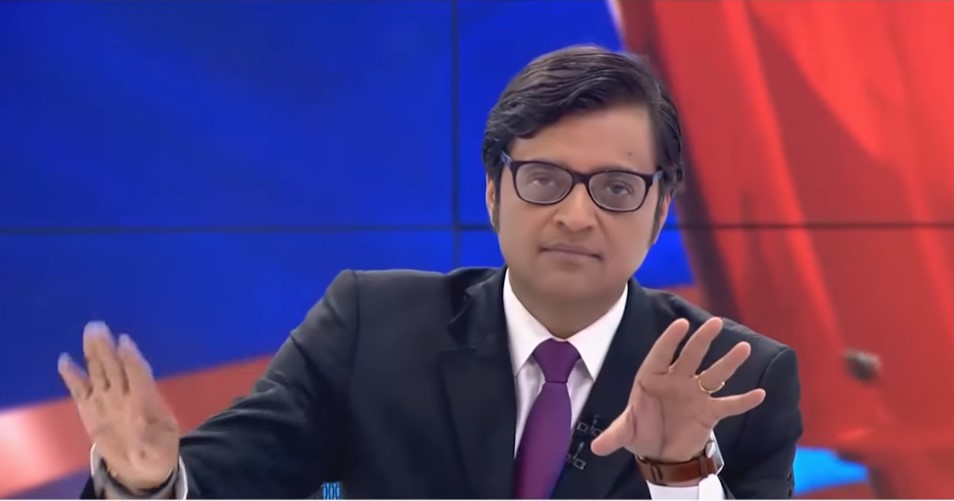 Starting his show, Arnab Goswami said, “I want to start by telling you a story tonight. So, I want your attention on this Monday evening and I shall run no pictures as I tell you this story. And I shall take no names when I tell you this story because I want to leave all of you guessing about who I am talking about. But as they say in Hindi samajhdaar samajh jaate hain.”

Goswami continued, “This is as of now a story. The definition being, as of tonight what I am about to tell you is fiction. So lawyers can breathe easy and relax. And I don’t give a damn to your defamation notices. Go to hell. I am saying this to the lawyers.”

Goswami sensationally alleged without naming the entities that a Delhi-based prominent media house had benefited the generosity of this corrupt real estate company. He alleged that the wife of the Delhi-based media company was gifted with a ‘swanky office’ space in a posh part of Mumbai adding that the real estate company also extended a cashless ‘sweetheart loan’ to the tune of hundreds of crores to this media house.

Goswami said that although he had not revealed anyone’s names on this occasion, he sincerely prayed that the story will no longer be a piece of fiction in a few days’ time.

On Friday, Goswami was warned by a criminal lawyer to watch his words as he launched a tirade against Anil Ambani. This came just days after Anil Ambani’s wife Tina Ambani wrote a heartfelt note to wish Nita Ambani’s daughter-in-law Shloka Mehta and her husband Akash Ambani on their first wedding anniversary.