Shahid Kapoor took it upon himself to boost the morale of his wife Mira Rajput with an extraordinary message days after the latter was accused of being high on drugs. Shahid took to Instagram to publicly acknowledge Mira’s beauty. The rare public display by Shahid for his wife came days after Mira triggered a full-blown controversy by likening her shirt to ‘split personality.’ 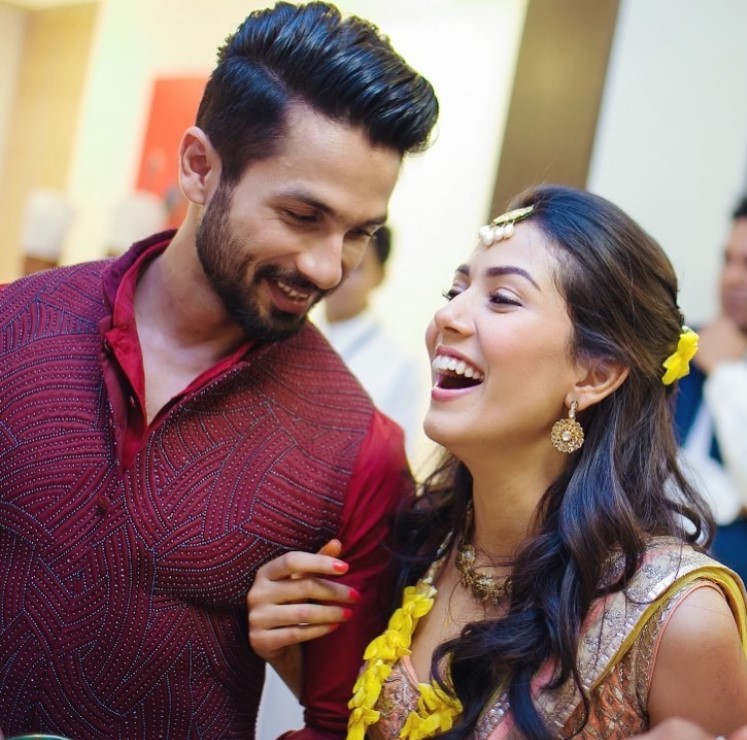 It all started with Mira sharing her beauty tips through a couple of videos. In her latest series of videos, Mira attempted to share her expert advice on how one must look after her hair. Mira explained how she had managed to change her ‘frizzy nightmares’ into hair of her dreams.

Unaffected by the content of his wife’s video, Shahid appeared to be smitten by his wife’s beauty as he asked, “Why so beautiful. ?”

Both Shahid and Mira have two children namely Misha and Zain.