Salman Khan’s decision to single out Himanshi Khurana aka Punjab’s Aishwarya Rai has prompted many to wonder if the Bollywood megastar has been targeting her because of her resemblance to his ex-girlfriend. Twitter exploded in anger after a promo broadcast by Colors TV showed Salman lashing out at Himanshi for discussing Arhaan Khan’s reaction to Rashami Desai’s action inside the house. 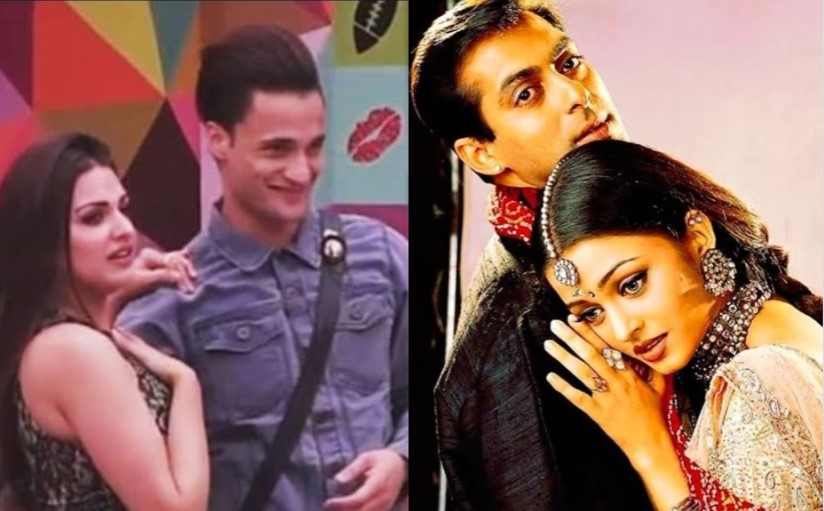 Salman was seen addressing Himanshi menacingly, “Himanshi, Bigg Boss has time and again told you to not discuss anything from outside. But you did not stop. Even when you were sharing the news from outside, you were not sharing it with the person who was directly related to it.”

The revelation brought Rashami and Himanshi face to face with the latter saying that she was concerned about Arhaan and the former. Salman intervened sarcastically, “Yes, you are very concerned.”

Colors TV also broadcast the segment where Himanshi was seen sharing her conversation with Arhaan about Rashami and Salman Khan. Himanshi had told Vishal Aditya Singh and Asim, “Arhaan sent a message to me that he was very disturbed.” When Asim intervened asking her to not share anything from outside, Himanshi had replied, “Asim, let me speak. This doesn’t make a difference to me.”

Himanshi had said that Rashami’s changed behaviour had left Arhaan incredibly hurt. She had said, “He (Arhaan) is very disturbed from her (Rashami) (sic). He asked me to tell Asim that he (latter) maintained his friendship. Arhaan reminded me that had Rashami forgotten the incident that Siddharth tore his shirt? That man (Arhaan) cried in front of me.

Arhaan had to face public humiliation during his brief stay inside the Bigg Boss house. First, Salman Khan had sensationally revealed that he had not told Rashami about his secret child from his first marriage. On another occasion, Siddharth had assaulted him and had torn his shirt after Arhaan went to defend Rashami, who was engaged in a bitter fight with the former.

Salman’s latest outbursts against Himanshi has made him a target of incessant trolling on social media.

Just got to know from one of my Demons that for Salman Khan, Himanshi is Aishwarya and Asim is Vivek / Abhishek, thats why he cant stand both of them… Jealous/Murderer Salman Khan… #BiggBossSeason13 #BoycottColors#AsimForTheWin #VishalAdityaSingh

I don’t know if Salman thinks of Shehnaaz as Katrina Kaif of Punjab or not .But he definitely believes Himanshi is Aishwarya Rai of Punjab and bashes Asim thinking of him as Vivek Oberoi #AsimForTheWin

Why only Himanshi.
Why not Vikas
Why not Kashmira
Why every fucking time Asim .
Shame on you Bigboss
Shame on you Salman@realumarriaz #AsimForTheWin @BeingSalmanKhan @BiggBoss

What also irked the fans was Salman’s double-standard since he used the information shared by Vikas Gupta about Asim Riaz’s rumoured girlfriend outside the house to target the contestant from Jammu and Kashmir, but admonished Himanshi for doing the same.