IAS topper Athar Aamir Khan is suddenly generating widespread sympathy wave from fans after ex-wife Tina Dabi announced how she was set to marry for the second time. The news of Tina announcing her plans to marry fellow IAS officer Dr, Pradeep Gawande has shifted fans’ focus on Athar, who’s been busy sharing updates on his administrative works in Srinagar. While some fans have advised him to get married, others have taken a sympathetic view to his personal life by highlighting how he was proving to be an incredibly successful administrative officer after having failed in his love life. 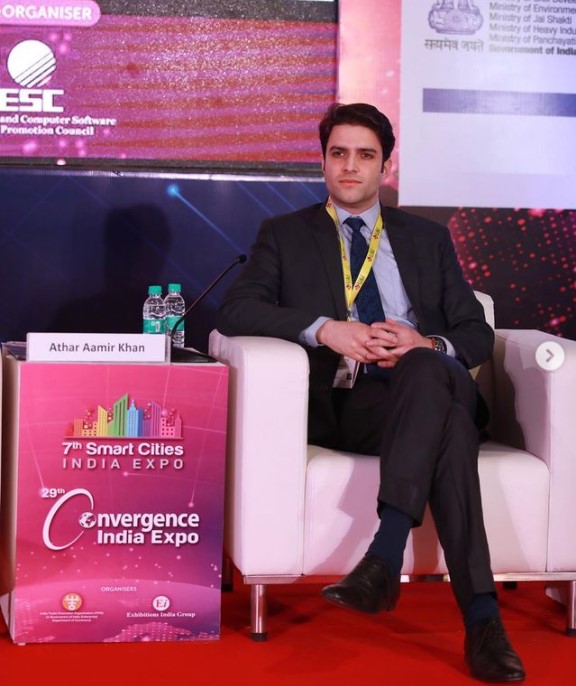 Immediately after Tina announced her engagement with Pradeep, Athar had shared the news of receiving an award for the ‘Best City Leader of the Year.’ Ironically, he travelled to Tina’s home city of Delhi to receive the award.

Sharing the photos from the awards ceremony, Athar wrote, “Humbled and honoured to receive the ‘Best City Leader of the Year’ Award at the Smart Cities Awards 2022 announced today at the 7th Smart Cities Expo in New Delhi. This is for and on behalf of the whole Srinagar Smart City team which has conceptualised, planned and put to execution the largest number and volume of projects this year & the citizens of Srinagar for their continued cooperation and support!”

Athar’s post triggered a wave of reactions as one wrote, “The time will bring you your next award.” One fan wrote, “May u achieve everything that u want.” “I feeling bad for him ????. Why sir?” wrote one fan. One fan commented, “May Allah keep you happy.”

One fan took a veiled dig at Tina Dabi as he wrote, “Mr athar, you set an example by using social media to give update of the work that you do. I hope other civil servants learn from this that if your mention you’re an IAS then please do not use social media for your personal life sharing platform..rather use it to connect with civilian through work and duties.” “After having failed in love life, you are making a notable difference in the city as an administrator. You are so great sir.”

Tina had recently announced her engagement with fellow IAS officer Dr. Pradeep Gawande, who is senior to her in the profession by three years and older by 13 years. Both and Athar had got married in 2018 but ended their relationship through a mutual divorce last year. Athar, who was also posted in Jaipur along with Tina, had later taken a transfer to his home city of Srinagar in Jammu and Kashmir.