England on Thursday defeated India by 100 runs in the second One Day International, played at the Lord’s Cricket Ground in London. Reece Topley single-handedly destroyed the Indian innings. 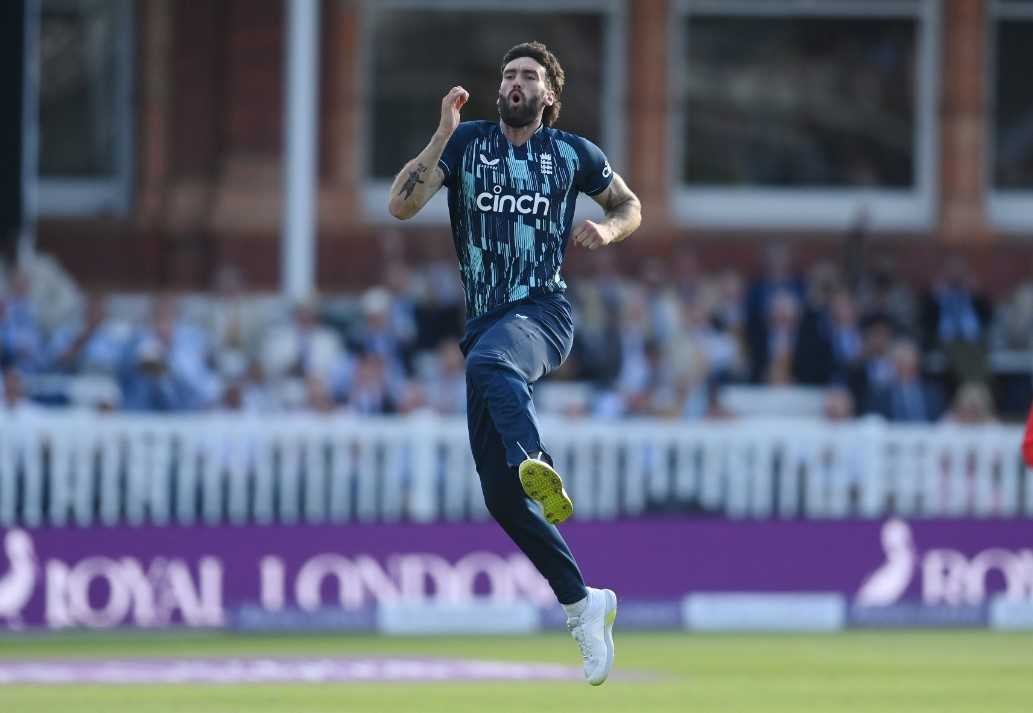 Batting first, England were bowled out for 246 with Moeen Ali scoring 47 from 64 balls.  David Willey made 41 from 49 balls.

Yuzvendra Chahal was the most successful bowler for India with a spell of 4-47.

India’s run chase started on a disastrous note with the visitors losing the top five batsmen for just 73 runs in 20.2 overs. They were eventually bowled out for 146. Hardik Pandya was the top scorer with a knock of 29 runs.

Reece Topley was the tormentor-in-chief as the England bowler picked up six wickets by conceding just 24 runs in 9.2 overs.

Speaking about his side’s defeat, Indian skipper Rohit Sharma said after the match, “”We bowled pretty well to start with. They had a partnership in the middle with Moeen and Willey. By no means that target wasn’t chaseable but we didn’t bat well. Have to take catches, something we’ve been talking a lot. All in all, we bowled pretty well. Thought the pitch will get better and better. Playing against a team like that, you need to get your five best bowlers and allrounder. Leaves a long tail. So have to ensure as a top-order, one of the guys bats long. Going to be an exciting one at Manchester.”

His English counterpart, Hos Buttler, said, “Delighted with the response from the guys. Didn’t bat our best, but got a challenging score. And the way the guys bowled was fantastic. Traditionally has been a bat-first wicket here. Willey and Ali put on a great partnership. Needed to take early wickets, put them under pressure straightaway. The team has been doing some great things over a number of years. Always a great place to go and play, especially with the series at 1-1.”

Reece Topley was declared Player Of The Match.

The series is currently tied 1-1 since India had won the first ODI of the series.