This weekend saw Kapil Sharma accusing Archana Puran Singh of plotting to employ all her family members including her husband Parmeet Sethi and domestic help Bhagyshree on The Kapil Sharma Show. 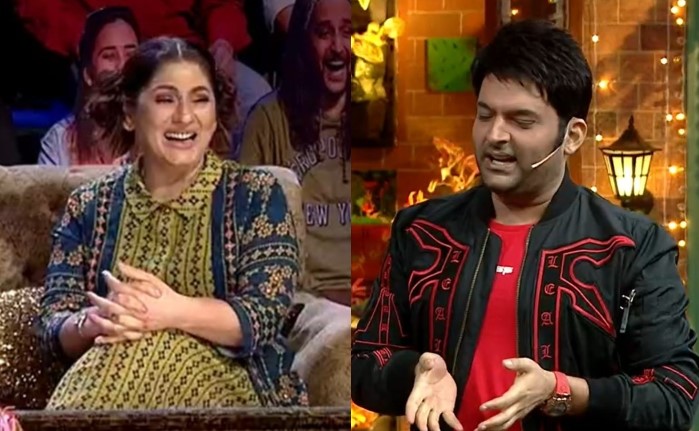 Krushna Abhishek took a dig at Archana by dragging her domestic help Bhagyashree as he told Shumona Chakraborty disparagingly, “Oye, Archana ji’s Bhagyashree is a bigger celebrity than you.” Shumona replied, “Ok, then call her (Bhagyashree) in my place.”

Kapil, who was patiently listening to the conversation said, “Don’t give her such ideas. She’s already trying to adjust her entire family (on the show).” Kapil turned his attention to his guitarist friend on the show and said, “Dinesh, shall I give you inside information? Parmeet Sethi is taking lessons on how to play the guitar.” This left everyone in splits.

Krushna asked, “But, what’s the need to actually learn when all he (Parmeet) wants to do is take Dinesh’s place? He has to just sit holding a guitar.”

Kapil began to target Archana Puran Singh as soon as he arrived on stage. He said, “Hello Fire Brigade. Send me two water tanks. In case you don’t have two water tanks, then send me one water cooler. My chest is burning. Someone here is busy buying expensive cars and making bungalow by occupying someone else’s chair.”

This was in reference to Archana replacing Navjot Singh Sidhu to occupy the judge’s chair.

Bhagyashree has become a celebrity of sorts ever since Archana’s home videos on her domestic help went viral on Instagram. Bhagyshree had become a topic of discussion on The Kapil Sharma Show in the first few episodes when shooting resumed after the nationwide lockdown.

Kapil also teased Archana in the presence of Bollywood actor Huma Qureshi by saying that she never shared information about her family members. This prompted Archana to ask, “Had I to tell you about my siblings, would you have quadrupled my payment?”

Kapil had more cruel jokes in store for Archana, as he told Huma, “When Archana ji was a child, 125 years ago, she had a unique talent of eating all the sweets in the presence of her guests at home.” Kapil said that Archana’s tongue had a divider, which enabled her to simultaneously eat both sweets and savoury items on either side.

Last week, Kiku Sharda of The Kapil Sharma Show had finally ‘revealed’ the secret behind the unending laughter of his co-star, Archana Puran Singh. The comedian’s theory on why Archana has been laughing incessantly on the Sony TV’s comedy show left everyone including veteran actors, Padmini Kolhapure and Poonam Dhillon, in splits. Kiku, however, targeted Kapil Sharma for not laughing at his jokes as he mimicked Sunny Deol.