Bharti Singh of The Kapil Sharma Show has sensationally revealed intimate details about going the family way as she stunned everyone on Sunday by expressing her desire to become a mother in 2021. She dropped the bombshell while anchoring the dance reality show India’s Best Dancer, which she hosts with husband Haarsh Limbachiyaa. Her sensational revelation came amidst raging rumours on the planned wedding of Indian Idol judge Neha Kakkar. 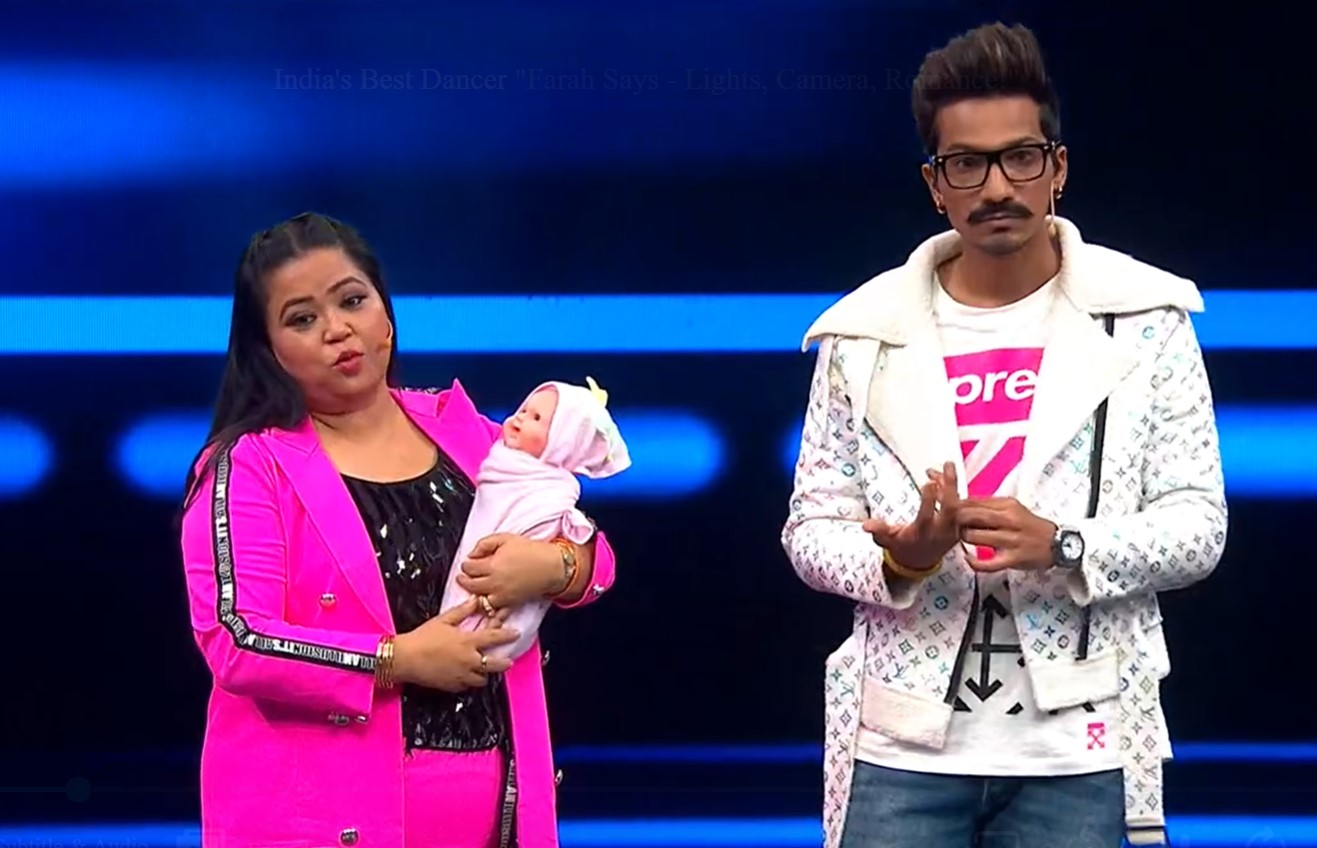 Addressing the show’s judges namely Geeta Kapoor, Farah Khan, Malaika Arora and Terence Lewis, Bharti said, “Ever since I’ve gained sense and truly understood love, Haarsh has been synonymous to romance and love. I start my day by looking at my God (husband Haarsh). I can’t think of my life without Haarsh even for a second.”

Bharti revealed that Haarsh did not have to ask for anything at home since she understood his needs fully and did not wait for him to ask for anything. “His needs are fully taken care of before he wakes up every morning. I realise that his mother has entrusted me with his responsibility. So I act both as his wife and mother.”

Then came the huge revelation as Bharti said, “But, I have to make one announcement on  national TV.” Bharti held a dummy baby and said, “This is a promise on the national TV. This baby is fake in 2020, but this will become a real baby in 2021.”

Taken aback by Bharti’s announcement on motherhood, one judge was heard saying, “Wow, so cute.” Haarsh said that he will anchor the next edition of India’s Best Dancer by carrying a baby in his lap. Bharti corrected her husband by saying that she would well be anchoring the show with a full-blown pregnancy.

The couple then performed a romantic dance to a track from Akshay Kumar-starring Airlift. Bharti asked filmmaker Farah Khan to pray that her first child is a daughter.

Earlier, the entertainment industry was abuzz with rumours of Neha Kakkar planning to exchange wedding vows with boyfriend Rohanpreet Singh.