Days after Indian Idol judge Neha Kakkar tied the knot with Rohanpreet Singh, her singer-brother Tony Kakkar has started missing her company. Tony made his feelings known for Neha, who he referred to as Shaitaan Bachcha (devilish child) in a social media post as he celebrated Bhai Dooj, a Hindu festival celebrating the role of brothers. This came amidst netizens trolling Tony and Neha after Lucky Ali’s rendition of O Sanam went viral prompting fans to request Kapil Sharma to invite the legendary singer to The Kapil Sharma Show. Those reacting to Lucky Ali’s video had also included Bigg Boss contestant Eijaz Khan. 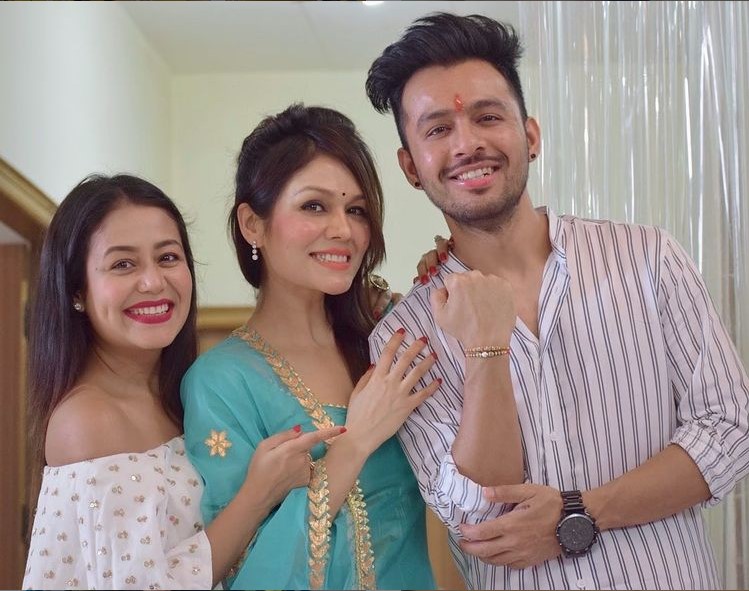 Tony recently shared a photo of himself with his elder sister Sonu Kakkar on the occasion of Bhai Dooj. Calling Neha a devilish child, Tony wrote, “I value the ‘LOVE’ she has for me ♥️?@sonukakkarofficial I am so lucky. I have earned it and that’s my biggest treasure. Shaitaan bacha missing in the frame is @nehakakkar missed you.”

While Neha did not react to Tony’s post, Sonu wrote, “Awww..My babu.”

Neha got married to Rohanpreet Singh last month in a simple function before they hosted a grand reception in Punjab. Both had left for Dubai for their honeymoon. Both Neha and Rohanpreet have been inundating their Instagram timelines with photos from their honeymoon. Rohanpreet is a former singing reality show contestant and also a suitor of Shehnaaz Gill aka Punjab’s Katrina Kaif.

Last week, netizens gave grief to Neha, Tony and rapper Badshah after a rare video of 62-year-old Lucky Ali giving a rendition of his famous track O Sanam went viral. While Lucky Ali fans requested Kapil Sharma to invite the music legend to his comedy show, others lamented the deterioration in the quality of music over the years.