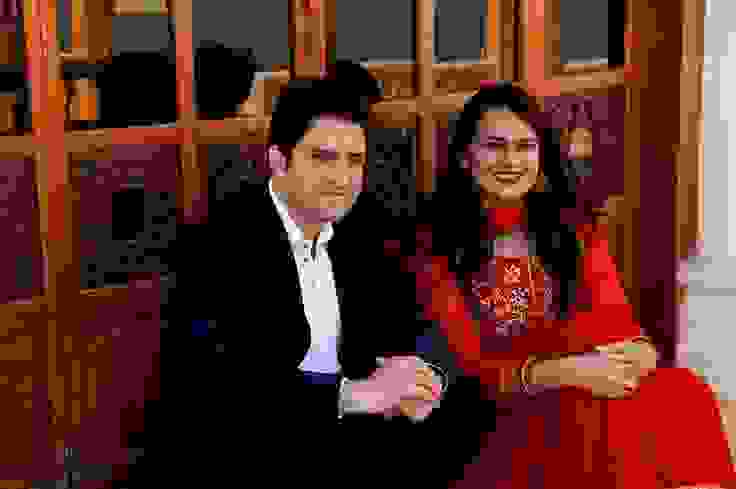 This was after Tina, now an SDM with the Bhilwara district administration, took to social media to share a photo of herself with husband Athar. Dressed in a printed kurta and sporting a bold red lipstick, Tina looked simply adorable. Hubby Athar too looked smart in a black T-shirt.

EXCLUSIVE: 'It's a living hell in Kashmir'

No sooner did Tina share the photo, her timeline flooded with overwhelmingly positive responses. While some called them ‘most beautiful couple,’ others felt they were ‘made for each other.’ The unanimous verdict about them was they gave serious goals. Her timeline was soon filled with raining red-shaped hearts.

Not to be left behind, Athar too decided to hold a masterclass on Instagram for those preparing for civil services exams. Both Athar and Tina are always inundated with requests for tips from IAS aspirants. While his video interaction with his fans was an instant hit, many were seen asking for the books that Tina read while preparing for the IAS exams in 2015.

Hi, Thank you so much for joining in today. I hope it was useful. Do watch the video on FREECADEMY YouTube Channel. https://www.youtube.com/c/freecademy Best wishes.

Last week, Tina had publicly teased her husband stating that Athar was a late riser and hoped that the book that she referred him to read may help him wake up early.

Tina and Athar had secured all India 1st and 2nd rank in the IAS exams in 2016. The two fell in love during the training and later tied the knot.