The Cobrapost website has released the audio of its conversation with famous Bollywood actor Arshad Warsi when its reporter approached the Munna Bhai.. fame actor to push Aam Aadmi Party’s agenda using his social media pages. 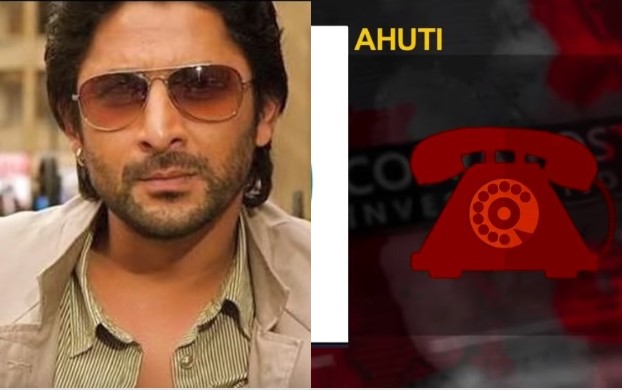 In the audio, the Cobrapost reporter is heard speaking to one Ahuti, who works for Arshad as his personal manager. The conversation starts with Ahuti addressing the undercover reporter with his fictitious name ‘Sandeep.’

The reporter said that this wasn’t a typical political campaign and explained that he did not need to come out in the open to support a political party. “Sir has never done any political campaigning,” she repeated her stand on behalf of Arshad.

The reporter interrupted but Ahuti was firm in her stand as she once again repeated, “But we wouldn’t be able to do that.”

However, when the Cobrapost reporter requested her to at least listen to his offer in detail, she agreed to let him speak. “He (Arshad) doesn’t have to come out in the open. He just has to support, let’s say, when Aam Aadmi Party has opened good schools. He will only have to write a message saying that ‘the government has done a good job.’ He only has to appreciate.”

Arshad’s manager replied, “I get that. You explained this to me yesterday as well. We don’t get into such things. We have been offered to campaign for parties in elections in the past, but we have always said no since sir always keeps a distance from political campaigning.”

Arshad was among the four actors, who refused to sell their soul for money with the other three being Saumya Tandon, Vidya Balan and Raza Murad.