Chief Electoral Officer of Puducherry has been found to be liking a tweet posted by Arnab Goswami’s Republic TV raising questions on the impartial conduct of the Election Commission of India in the upcoming assembly polls. 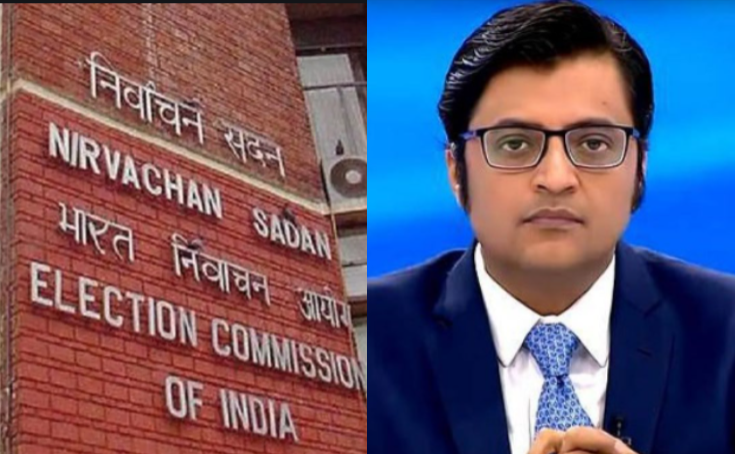 Sharing the screenshot of the tweet liked by CEO, Puducherry, activist Saket Gokhale wrote, “Is this the reason why you aren’t acting on my complaint against Amit Shah, @ceopuducherry? It speaks volumes when you use your official account to LIKE a tweet about Republic TV’s launch in Bengal. Is this an objective, free, & fair election machinery, @SpokespersonECI?”

His subsequent tweet read, “The Election Commission of India needs to release a statement & clarify if they’re officially endorsing Republic TV.
The account @ceopuducherry is NOT a personal account. And elections are happening there right now. This puts a massive question mark on free & fair elections.”

Gokhale also shared another screenshot of a tweet by Republic TV, which had sensationally accused farmers of desecrating the national flag during their protests on 26 January in Delhi. He wrote, “Ok it gets worse. This is full sanghi mode on now. What sort of fairness can we even expect in the upcoming Pudducherry elections when a person like this is in-charge of supervising them? Pls explain this @SpokespersonECI.”

Ok it gets worse. This is full sanghi mode on now.

What sort of fairness can we even expect in the upcoming Pudducherry elections when a person like this is in-charge of supervising them?

While the first tweet liked by the CEO, Puducherry, is still LIVE on the electoral body’s Twitter timeline, it appears to have unliked the second tweet on the alleged desecration of the Indian national flag. The Election Commission of India have not made any comments to stunning allegations made by Gokhale. The activist’s allegations assume significance in light of the impending assembly polls in Puducherry, where the BJP is making desperate attempts to form its first-ever government.