India on Monday set a target of 378 for England to win the Edgbaston Test and level the series 2-2. The hosts ended day 4 at 259-3 with Joe Root and Jonny Bairstow batting at 76 and 72 respectively. Together, they added 150 runs for the fourth wicket in 197 balls. 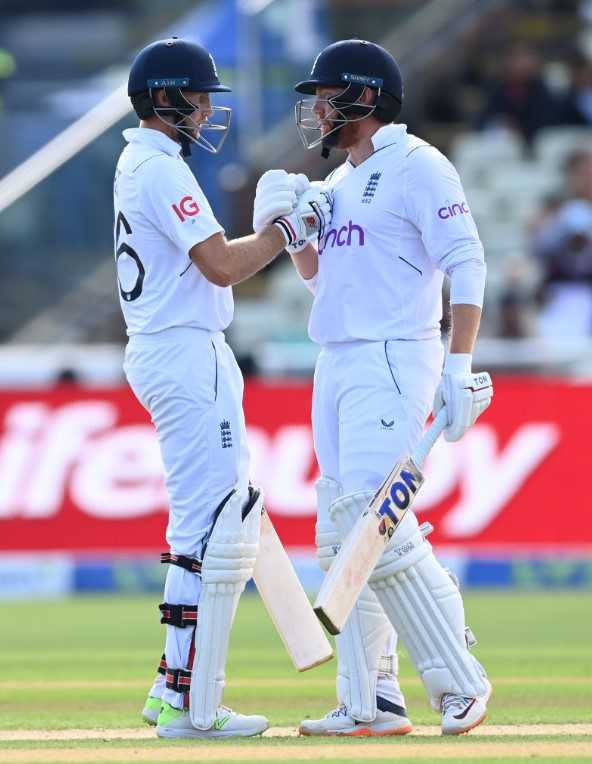 India will hope to take quick early wickets when the match resumes on Tuesday in Birmingham. The hosts, on the other hand, will be aiming to pull off a thrilling win by adding the required 119 runs. This will be the highest chase in history by England if they manage to pull off the win in Birmingham.

The defeat here for India will be costly given that Bairstow was dropped twice today, first on 14 by Hanuma Vihari and then on 39 by wicketkeeper Rishabh Pant.

Root took 71 balls to complete another half-century, while Bairstow completed his fifty in 75 balls.

Earlier, Zak Crawley and Alex Lees laid a solid foundation as they added 107 runs for the first wicket in a little over 21 runs. Crawley was out for 46 while Lees was unfortunate to have run himself out due to a misunderstanding with Root. He made 56 and looked in great touch.

Root, however, did not let the disappointment of running Lees out and continued to play shots all around the stadium.

Authorities at the Edgbaston ground have decided to make the entry for the last day’s play free. All 20,000 tickets were gone in less than an hour on Monday.

India were the favourties at the start of the fourth innings, England are now looking more likely to win the match if they don’t lose any early wickets tomorrow. Former India cricketer Deep Dasgupta said that this was now England’s game to lose.

Former England cricketer Mark Ramprakash told BBC, “I don’t know if it was a touch of complacency, I was very surprised in the way India’s innings subsided. I thought England’s opening partnership was superb. Wonderful to see them get out there and get a 100-run stand.”