Several Bollywood Bollywood artists including Anil Kapoor, Hrithik Roshan and Sonam Kapoor have reacted with awe after filmmaker-choreographer Farah Khan extended hilarious birthday greetings to fellow choreographer Geeta Kapur. While wishing Geeta on her birthday, Farah had also shared a throwback photos of themselves as both of them looked incredibly light-weight. 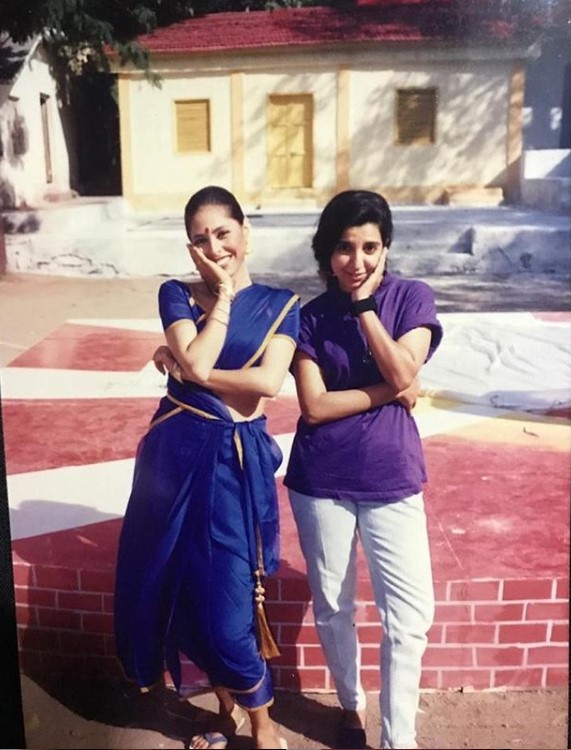 Sharing the photo, Farah wrote, “We have literally been through “Thick & THIN” together! Fevicol got nothing on us! HAPPY BIRTHDAY @geeta_kapurofficial .. u made a mother out of me wayyyyy b4 i had my kids.. lov u baby♥️”

We have literally been through “Thick & THIN” together! Fevicol got nothing on us! HAPPY BIRTHDAY @geeta_kapurofficial .. u made a mother out of me wayyyyy b4 i had my kids.. lov u baby♥️ #majorthrowback #life #chandivalistudio

No sooner did she share her ‘Major throwback’ photo of herself with Geeta, several big Bollywood names began to react. Actor Anil Kapoor wrote, “Both of you look so good .. and sexy.” Hrithik Roshan commented, “Omg ! sweetest.” Anil Kapoor’s daughter Sonam Kapoor wrote, “Love you both… she choreographed my first song.. happy happy birthday.” Actress Jacqueline Fernandez wrote, “Soooo stunning both of you.”

Geeta Kapur, who’s become one of the most recognisable faces in the Indian TV industry because of her status as a dance reality judge, had started her career in the entertainment industry by working in Farah’s group. She later decided to pursue her career as an independent choreographer.