Police in Uttar Pradesh have arrested one Daya Shankar Agnihotri, a close associate of Kanpur terrorist Vikas Dubey, who is accused of killing eight police personnel including one Deputy SP rank officer. The Uttar Pradesh Police arrested Agnihotri after the latter was injured in an encounter in the early hours of Sunday morning. Shockingly, Agnihotri’s car bore ‘Sangh Parivar’ number plate, raising questions on his links with the RSS, the ruling BJP’s ideological parent. 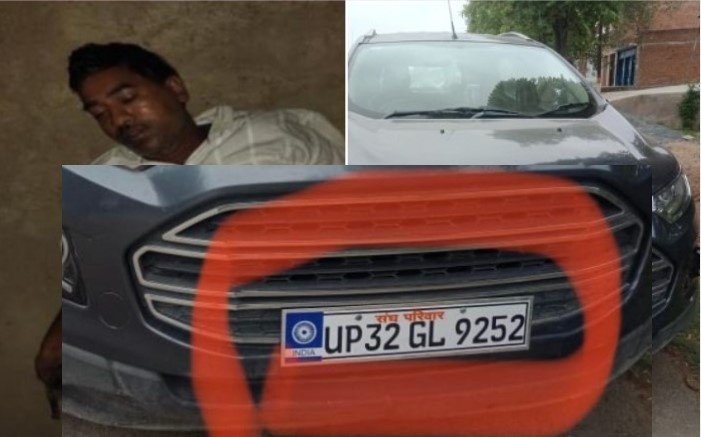 “Dayashankar Agnihotri alias Kallu, the main aide of Dubey, has been arrested during an encounter. Agnihotri always used to accompany Dubey and was staying at Dubey”s house (which was demolished Saturday),” Inspector General, Kanpur Range, Mohit Agarwal was quoted by news agency PTI.

Agnihotri’s encounter followed by his arrest came a day after the police demolished terrorist Dubey’s house using his own JCB machine in Kanpur. Dubey has been absconding since gunning down eight UP police personnel. The police have increased the bounty on his head to Rs 1 lakh.

Agnihotri was travelling in Ford car bearing ‘Sangh Parivar’ number plate. Congress leader Pawan Khera asked, “Which organisation’s name is written on the number plate? Which organisations are providing patronage to these terrorists and their associates? This truth must also come out.”

Agnihotri was named an accused in the firing incident on the policemen. He received bullet injuries in his leg during Sunday’s encounter.

In a shocking development, at least eight policemen including one Deputy SP-rank officer were killed in an encounter in Kanpur after police’s attempts to arrest a dreaded criminal Vikas Dubey backfired. The DSP is identified as Devendra Mishra.