The book criminalising Muslim victims has found a new publisher after Bloomsbury India was forced to withdraw the title Delhi Riots 2020: The Untold Story in the wake of global outrage. The new publisher is Garuda Prakashan, whose previous ‘bestsellers’ include Vivek Agnihotri’s Urban Naxals and Major General (retd) GD Bakshi’s The Sarasvati Civilisation. 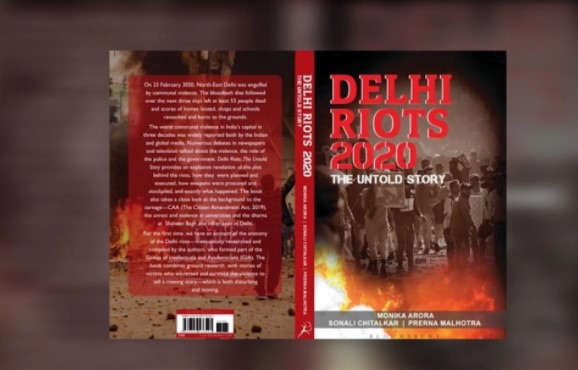 Last week, Twitter had exploded with anger after it emerged that the book, Delhi Riots 2020: The Untold Story, was being launched in Delhi with BJP leader Kapil Mishra as its chief guest. Mishra has often faced allegations for triggering the February pogrom with his hate speech in the presence of the top officer of the Delhi Police. The pogrom had killed 53 people, mostly Muslims.

What incensed the members of civil society was that a globally renowned publication agreed to commission a book, whose objective appeared to criminalise Muslims even though they were the victims of a cleverly orchestrated genocide in Delhi. This was evident from the tweet by one of the authors of the book as she wrote, “How Jehadi-Naxal lobby planned & executed. ‘Delhi Riots-The Untold Story’ Book launch on 22 Aug at 4 pm.”

Faced with global outrage, Bloomsbury India had issued a public statement announcing that it was withdrawing the controversial book.

Our Week #Bestseller , #UrbanNaxals authored by @vivekagnihotri is now available at Garuda books in a Pack of 5 at a great discount! Read and gift this smashing hit, which exposes the nexus of naxalite sympathizers in urban India! Buy here https://t.co/aq9MYmt7mp pic.twitter.com/ZnVVh7poLi

Its statement read, “Bloomsbury India had planned to release Delhi Riots 2020: The Untold Story in September, a book purportedly giving a factual report on the riots in Delhi in February 2020, based on investigations and interviews conducted by the authors. However, in view of very recent events including a virtual pre-publication launch organised without our knowledge by the authors, with participation by parties of whom the Publishers would not have approved, we have decided to withdraw publication of the book.”