Publishing house Bloomsbury India has decided to withdraw the book criminalising Muslims during this year’s Delhi pogrom after global condemnation. The publishing house faced widespread outrage from activists for its decision to publish a book written by pro-Hindutva individuals on the anti-Muslim pogrom of Delhi that killed 53 people, mostly Muslims. This was after it emerged that former AAP MLA, Kapil Mishra, who later joined the BJP, was invited as the chief guest for the book launch event. 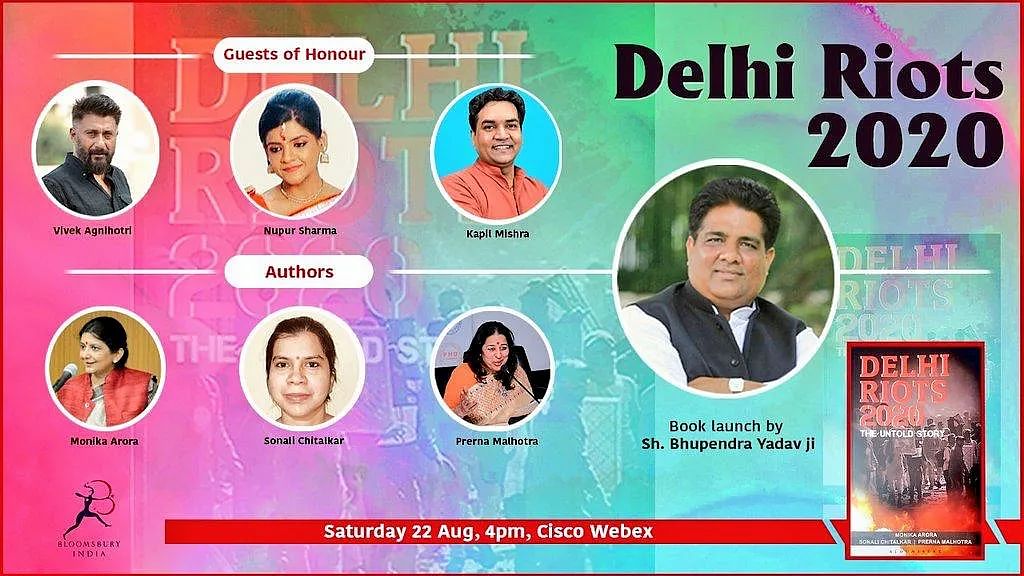 The company said in a statement, “Bloomsbury India had planned to release Delhi Riots 2020: The Untold Story in September, a book purportedly giving a factual report on the riots in Delhi in February 2020, based on investigations and interviews conducted by the authors. However, in view of very recent events including a virtual pre-publication launch organised without our knowledge by the authors, with participation by parties of whom the Publishers would not have approved, we have decided to withdraw publication of the book.”

It continued, “Bloomsbury India strongly supports freedom of speech but also has a deep sense of responsibility towards society.”

Statement: “#Bloomsbury India had planned to release #DelhiRiots2020: The Untold Story in September, a book purportedly giving a factual report on the riots in Delhi in February 2020, based on investigations and interviews conducted by the authors. (1/n)

The book, Delhi Riots 2020- The Untold Story, has been authored by Monika Arora, Sonali Chitalkar and Prerna Malhotra. Arora had taken to Twitter to write, “How Jehadi-Naxal lobby planned & executed. ‘Delhi Riots-The Untold Story’ Book launch on 22 Aug at 4 pm.”

Though Bloomsbury India had denied its role in organising the book launch event, many did not find the justification plausible as they questioned the publishing house’s decision to commission a book criminalising Muslims, who were the victims of the religious pogrom.