Sudip Roy Barman was dealt a body blow in the immediate aftermath of the BJP’s splendid win in the just-concluded Lok Sabha polls in Tripura. While BJP workers and leaders in Tripura erupted in celebration to rejoice the party’s win in both the parliamentary seats, Barman, the then health minister in the state government headed by Biplab Deb, faced an unceremonious exit from the cabinet. 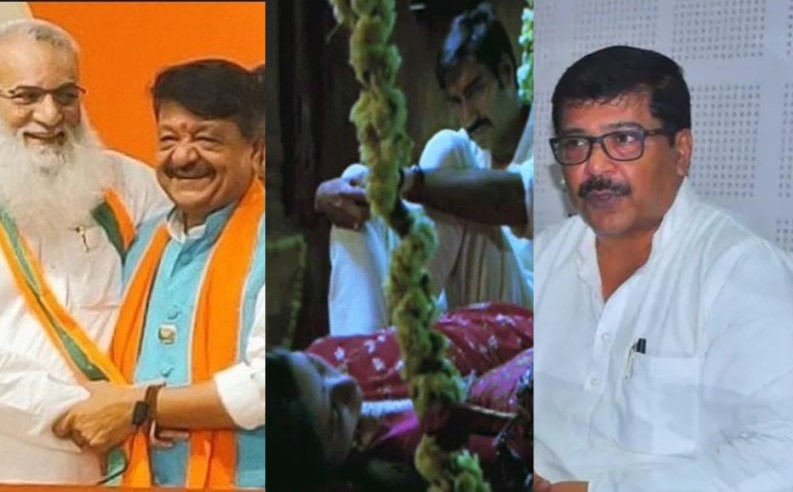 A notification of the Department of General Administration (Confidential and Cabinet) said that the departments held by Barman would be reassigned to the chief minister and Deputy Chief Minister Jishnu Devvarma, reported news agency PTI.

He was dropped from the cabinet on Friday, a week after Chief Minister Biplab Deb said that those sabotaging the interests of the BJP will face serious consequences. Barman is accused to have indulged in anti-party activities particularly during the Lok Sabha elections.

There are reasons for the BJP to suspect Barman. The five-time legislator was with the leader of the opposition and President of Tripura Pradesh Congress Committee before quitting his long association with India’s grand old party to join the Trinamool in 2016. He then defected to the BJP with 5 Trinamool Congress MLAs just before the assembly polls in 2017. Months later, the saffron party won a historic mandate in the border state.

Barman is now crying foul over the BJP leadership questioning his integrity. His removal comes amidst reports of BJP’s central leadership asking its West Bengal unit to go slow on recruiting lawmakers and other elected representatives from the Trinamool Congress. This was after a Trinamool MLA Monirul Islam joined the saffron party last week. Monirul was with the Forward Bloc, a partner of the CPIM-led Left Front in Bengal, when he joined Trinamool after he realised that the Left parties had been decimated in the state and there was no chance of their revival. With BJP registering a phenomenal performance in the last month’s Lok Sabha polls, he was quick to jump the ship and join the BJP.

It was his joining the BJP that raised several eyebrows among the state unit of the party as they expressed their displeasure to the central leadership. “The indiscriminate recruitment will hurt the party in the long run because we will have absolutely no control over who is joining, and that person’s antecedents,” Indian Express quoted a BJP leader as saying.

Many central BJP leaders have begun suspicious of turncoats like Barman and Islam. One leader used an analogy from film Omkara, where Kareena Kapoor was killed after her husband, played by Ajay Devgn, suspected her of wrongly cheating on him. Before killing Kareena, her husband was reminded of her father’s words, who had once told Ajay Devgn, “Jo ladki apne baap ko thug sakti hai, woh kisi aur ki sagi kya hogi (The girl who can betray her own father, how can she be trusted by anyone else).” This was because Kareena’s father had not approved of her relationship with a hardcore criminal, Omi Shukla, Ajay Devgn’s character in the film.

Clearly, someone appears to have sent a clip of that dialogue from Omkara to the saffron party’s central leadership through a WhatsApp forward. The party too appears to have taken the suggestion seriously since it has also now stopped the recruitment drive in West Bengal and will only accept new high-profile members after ‘thorough scrutiny.’