BJP’s Delhi MLA candidate Tajinder Bagga has poked fun at his own party’s Rajya Sabha MP Subramanian Swamy with a disparaging caption implying that the latter was desperate to join the Congress party. Bagga took to Twitter to share a throwback photo of Swamy with Congress President Sonia Gandhi. 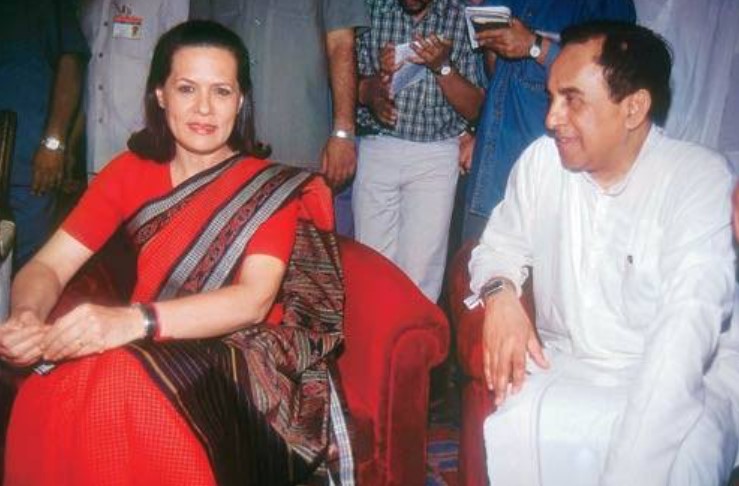 Bagga’s tweet in Hindi read, “Mother, allow me to lay myself at your feet.”

But Bagga’s decision to taunt Swamy did not go down well with the supporters of BJP’s Rajya Sabha MP. One shared a photo of Prime Minister Narendra Modi sharing smiles with Sonia Gandhi as she wrote, “Exact words what our PM spoke to madam on eve of Xmas 2017. How come bagga knew it?” Another asked, “Do have a go at the rising prices of petrol also.”

: exact words what our PM spoke to madam on eve of Xmas 2017. How come bagga knew it? ? pic.twitter.com/qBoqemArGv

Last year in September, Swamy had launched an extraordinary attack against his own party by calling its IT cell ‘rogue.’ The outspoken BJP MP had singled out the saffron party’s IT cell chief, Amit Malviya, for orchestrating an online attack against him. Swamy had said, “The BJP IT cell has gone rogue. Some of its members are putting out fake ID tweets to make personal attacks on me. If my angered followers make counter personal attacks I cannot be held resonsible just as BJP cannot be held respinsible for the rogue IT cell of the party.”

The BJP had later snubbed Swamy by reappointing Malviya as its IT Cell chief.