In a setback to the Centre’s BJP government, one of its key partners, Hanuman Beniwal’s Rashtriya Loktantrik Party, has announced its support to Bharat Bandh by farmers for 8 December to protest the controversial Farm Laws. Meanwhile, Olympic-medallist boxer Vijender Singh has threatened to return the highest sporting honour, Rajiv Gandhi Khel Ratna Award if the ‘black laws’ were withdrawn. 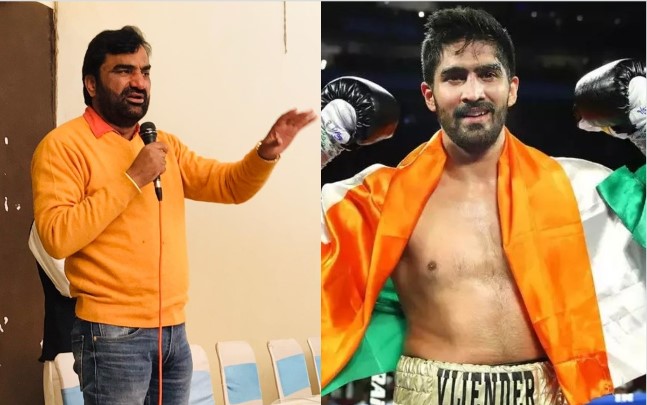 News agency ANI quoted Beniwal as saying, “Rashtriya Loktantrik Party supports the call for ‘Bharat Bandh by farmers’. The PM should take back the farm laws. We will take a decision on whether RLP will stay in NDA or not after December 8.”

Rashtriya Loktantrik Party supports the call for ‘Bharat Bandh by farmers’. The PM should take back the farm laws. We will take a decision on whether RLP will stay in NDA or not after December 8: Hanuman Beniwal, RLP leader and MP from Rajasthan pic.twitter.com/K5dRAIHm1s

Beniwal had last week threatened to leave the National Democratic Alliance over the ongoing protests by farmers across the country against the controversial Farm Laws. He had sent an ultimatum to Home Minister Amit Shah to immediately withdraw the Farm Laws failing which he will be forced to walk out of the NDA.

Meanwhile, Vijender Singh has threatened to return Rajiv Gandhi Khel Ratna Award if the government did not withdraw what he called were the ‘black laws’ against the farmers. Singh had become the first Indian to win a medal in boxing in 2008 Olympics in China. Singh issued the ultimatum while addressing the farmers at the Delhi-Haryana border.

Elsewhere, farmers’ bodies have called for Bharat Bandh on 8 December, threatening to occupy ‘every toll booth’ in the country and ‘block all roads to Delhi.’