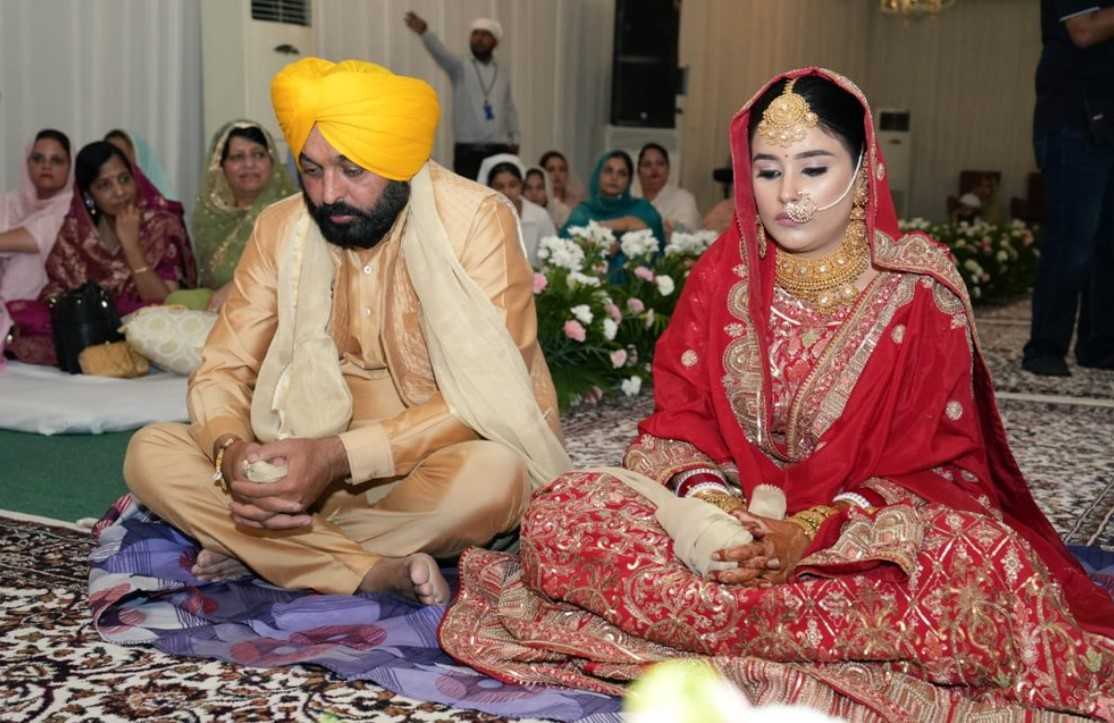 Mann, a comedian-turned-politician, was earlier to one Inderpreet Kaur from who he has two children. According to reports, he’s been dating Gurpreet for nearly five years. Gurpreet was reportedly also involved in helping with Mann’s election campaign in this year’s assembly polls.

The AAP won a historic landslide to form the first-ever government in Punjab in March this year.

Mann’s party colleagues have been congratulating him on his second marriage.

Heartiest Congratulations.@BhagwantMann Bhai Ji and Bhabhi Ji! May God bless you with everything which makes both of you happiest! https://t.co/5N67tv8yO7