Subhash Chandra-owned Zee Media Group has come under fire for blatantly violating the Model Code of Conduct by using popular entertainment programmes broadcast on its channels to push the BJP’s agenda. The show in question is Saumya Tandon-starrer Bhabhi Ji Ghar Par Hain. 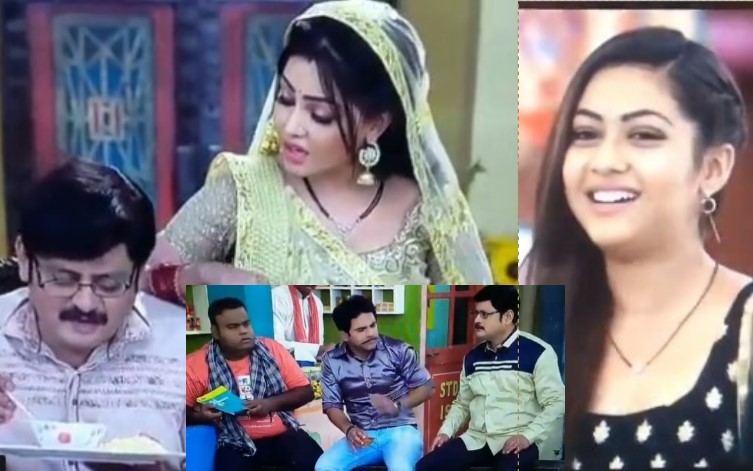 The channels have been discreetly incorporating what’s known as surrogate advertising for political parties into the story lines of their programmes. Two programmes that have stood out for such poll code violation are &TV’s Bhabhi Ji Ghar Par Hain and Zee TV’s Tujhse hai Rabta.

In a programme broadcast on 5 April (Friday), around 17 minutes into the programme, Bhabhi Ji Ghar Par Hain’s characters Manmohan Tiwari and his wife Angoori bhabhi are seen having a conversation over a meal. Tiwari is seen praising the food prepared by Angoori Bhabhi, but he says that its taste would have been enhanced had she cooked the meal using traditional firewood.

This is where the writers’ of the show appear to have cleverly incorporated the election advertisement for the BJP. Promoting the Narendra Modi government’s Ujjwala scheme, Angoori bhabhi says, “You are right, but the smoke resulting from the use of firewood and charcoal in villages are injurious to women’s health, particularly children.”

Angoori bhabhi continues, repeating the lines used by BJP leaders, “The government of India has started the Ujjwala scheme, which aims to supply cooking gas connections to houses of 5 crore families.” The famous Bhabhi ji  then informs the show’s viewers how the scheme will generate 1 lakh jobs before repeating the BJP’s campaign tagline ‘Modi hai to Mumkin hai.’ “Do you know that nothing is impossible now? Everything is possible. And the person, who has made this happen has risen to power from amongst us,” Angoori bhabhi concludes in reference to Modi. (You can watch the programme here)

The writers of the show had also included another promotional message for the BJP around the same time on 4 April. In the segment, Manmohan Tiwari is seen sitting with three other popular characters at a tea stall. Seeing paper waste thrown at the floor, Tiwari loses his cool at his three co-stars as he launches a tirade.

He says, “Shame on you. There’s one person who talks about the country’s integrity and cleanliness day and night. And there are you folks, who have converted Kanpur city into a warehouse of dirt.”

He continues with his lecture on the Swachh Bharat scheme, a pet project of the Narendra Modi government. “When the conversation on the cleanliness mission had first started a few years ago, then it could not see the light of day because of lack of awareness. Today, a capable leader (Modi) has given a fresh lease of life to this scheme.”

“Do you know that 9 crore toilets have been built under the Swachh Bharat scheme? Today’s government is actively working towards preserving the country’s integrity and unity. It’s because of a hardworking, learned, polite and incomparable person that we are breathing fresh air today.” (You can watch this programme here)

In the programme, a character known as Kalyani is buzzing with excitement as she shares information on a new Modi government policy. She tells her co-star, “The Indian government will give you a loan up to Rs 10 lakh under its Mudra scheme so that you can expand your business. More than 15 crore people have taken loans under this scheme and they have improved their lifestyles. You will be surprised to know that 70 percent of these beneficiaries are women.”

The elderly woman in the clip asks, “Is it really possible? Five years ago, this was nothing less than a dream.” Kalyani replies, borrowing the lines from BJP’s media cell, “Namumkin hai ab mumkin.”

According to the Election Commission guidelines, surrogate advertising by political parties is a punishable offence. While, it’s not surprising for channels owned by BJP’s Rajya Sabha MP to push the saffron party’s agenda during the Lok Sabha elections, what’s astonishing is that even Chandra and his media group know that the Election Commission’s guidelines are meant to be mocked at. The national poll body has badly let down itself for being allegedly biased in favour of the BJP and lacking resolve to take firm action in the face of blatant poll code violations.

Janta Ka Reporter tried to get a reaction from the Election Commission, but no one was available for comments. This story will be updated as and when the EC reacts.