Hours after Bharti Singh of The Kapil Sharma Show was arrested with her husband Haarsh Limbachiyaa in a drugs racket case, an astrologer said that the popular comedian will get pregnant by March next year. This came amidst a raging debate over Bharti’s arrest and a possible link with the public mocking of Arnab Goswami by her co-stars namely Kiku Sharda and Krushna Abhishek on the Salman Khan-produced show. 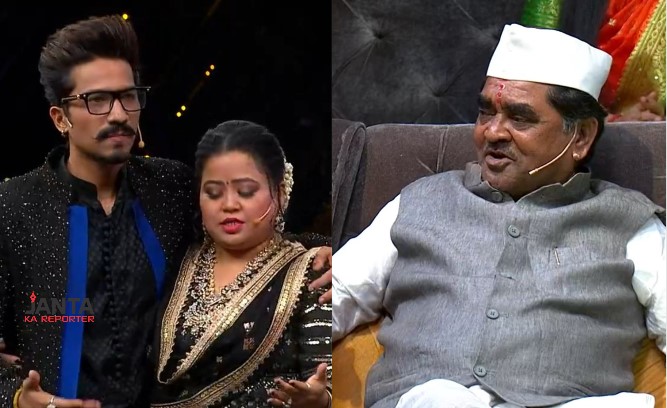 Bharti, who hosted Sony TV’s dance reality show, India’s Best Dancer, with her husband, asked one astrologer about motherhood during the show’s Grand Finale event, broadcast on Sunday night. To which, the astrologer asked, “Are you genuinely asking or having a good laugh?” Bharti replied, “No, not at all. We are serious. We wanted to plan a baby this year.”

The astrologer asked, “How long have you guys been married for?” Bharti’s husband replied, “Three (years).”

“There are chances of you getting pregnant after Holi (festival).” The Hindu festival of Holi is scheduled to be celebrated next year on 28-29 March.

No sooner did the astrologer make his prediction, Haarsh began to dance as he yelled, “Yaay, we will celebrate this Holi with more pomp and show.” Bharti too danced with joy thanking the astrologer.

An elated Bharti said, “Thank you Pandit ji. You made us happy.”

The grand finale episode of India’s Best Dancer appeared to have been recorded before Bharti’s arrest along with her husband Haarsh. The celebrity couple were sent for 14 days of judicial custody by a Mumbai court on Friday after the Narcotics Control Bureau reportedly recovered 85 grams of gaanja from her residence and office housing the duo’s production house.

The news of Bharti’s arrest had sent shockwaves across the entertainment industry with many detecting a link between coercive action against her and the mocking of Arnab Goswami by Kiku Sharda and Krushna Abhishek on The Kapil Sharma Show. Both Kiku and Krushna had recreated Goswami’s ‘mujhe drugs do‘ video by giving a comic hilarious twist as the former asked ‘mujhe jug do.’ Many had felt that the decision to make fun of Goswami on The Kapil Sharma Show was to avenge Goswami’s attack against Salman Khan, who’s the producer of the popular Sony TV show.