Republic TV’s Arnab Goswami recently declared that the huge turnout at Narendra Modi’s roadshow in Varanasi was the evidence India once again was experiencing a ‘Modi Wave.’ A visibly excited Goswami declared on his prime time debate that because of the new ‘Modi Wave,’ the BJP had no contest from the opposition parties. 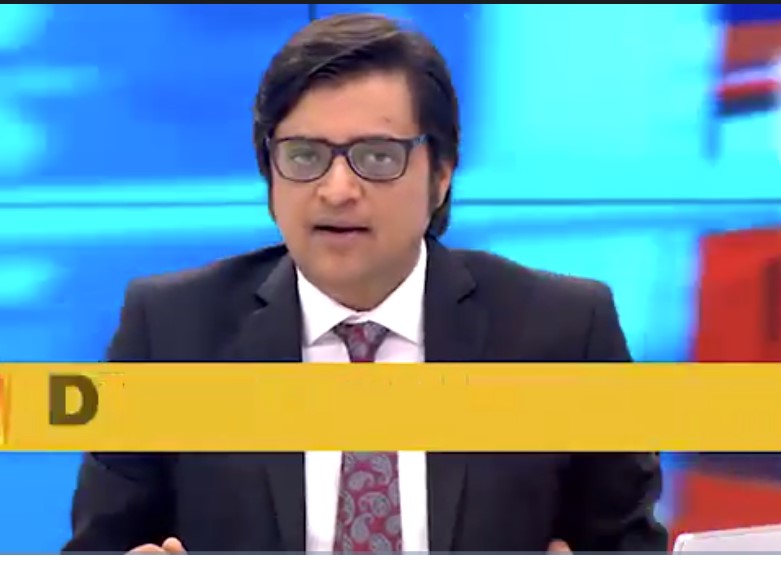 He announced, “The storm of support for Narendra Modi, and it is a storm, may not be localised to his constituency. Let me tell you this. Because right in the middle of this general elections, the gap between Modi and the rest has become wider. Political parties taking on Modi have realised that across this entire country the real candidate of the NDA is not the local candidate, it is Modi himself.”

He went on to declare that, in contrast, ‘Vadra-Gandhi family’ had become hopeless and nationally ‘isolated.’ He asked his viewers to look at his channel’s screen ad decide if there’s a Modi wave or not. This was the justification for him to launch hashtag #Modiwave. Goswami devoted two hours explaining why the turnout in Modi’s roadshow on Thursday, a day before the prime minister filed his nomination, was a conclusive proof that India was experiencing a Modi wave.

Some panelists on his show made valiant efforts to counter Goswami’s assertions by highlighting that the BJP had paid huge money to hire people to be part of Modi’s roadshow. But this argument fell on Goswami’s deaf ears. One guest was asked to consult a psychiatrist Modi supporter Madhu Kishwar because he implied that crowd were paid to turn up in Modi’s roadshow.

Another panelist said that the BJP spent over Rs 10 crore to make a statement on his popularity adding that he had the photographic evidence to prove that crowd gathered at the roadshow were hired. “This shows that Modi is scared,” he concluded.

A day later, Kolkata-based newspaper The Telegraph reported how local businessmen were paid to arrange for the crowd to be present at the roadshow. The newspaper spoke to a ‘staunch Modi supporter,’ a Gujarati based in Varanasi for generations, who said that he had profited from the show. “I got Rs 15,000 to bring at last 20 Gujarati men and women at one point from where Modi would pass. I spent Rs 5,000 in buying saffron scarves and bringing them to the spot in auto-rickshaws and saved Rs 10,000,” he told the newspaper.

There were also reports that more than 1.4 lakh litre was splashed to clean the road, used by Modi. One report said that 40 water tankers of the Varanasi Municipal Corporation and 400 labourers were deployed for the task.

AAP Rajya Sabha MP Sanjay Singh too has filed a complaint alleging that his conservative estimate suggested that the BJP had spent Rs 1.27 crore for his roadshow.