In a setback to Arnab Goswami, the Bombay High Court on Monday turned down his repeated pleas for protection from an arrest in the TRP scam case. The Bombay High Court Bench comprising Justices SS Shinde and MS Karnik refused to agree with Goswami’s lawyer, Harish Salve, who was seen making desperate attempts to seek protection from an arrest of his client by the Mumbai Police. 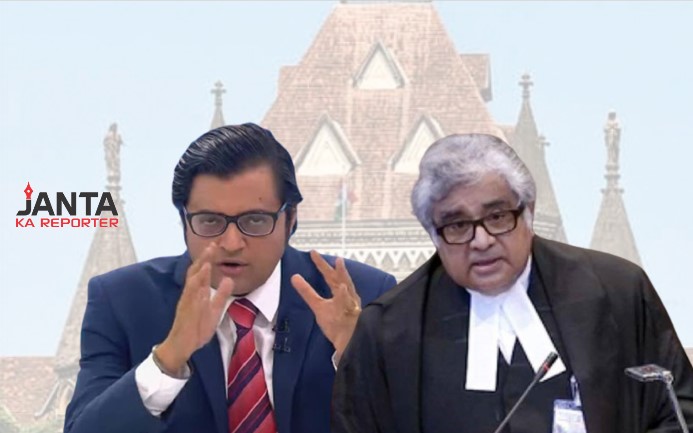 Salve, according to Livelaw, pleaded before the Bombay High Court, “Till the next date of hearing, don’t arrest him.” The Bench responded, “He (Goswami) is not accused in the crime. How can we pass such an order?”

Realising that the high court was not willing to provide any relief to his client, Salve changed his line of argument and requested the Bench to direct the Mumbai Police to not arrest Goswami without the leave of the high court.

This irked Sibal, who asked, “Why? Is he a special person?”

The Bench said, “As on today, he (Arnab Goswami ) is not an accused. So we do not think there is any reason to pass an interim order of protection.” But Salve continued to make desperate attempts to persuade the Bench.

He said, “If the police commissioner can rush to give such (media) interviews, he can very well arrest me in no time.” Once again, the Bench turned down his plea saying, “We will grant you leave to approach us in such a case.”

Salve made one last attempt to seek relief for his client as he said, “Let him be given 48 hours notice before arrest.” Sibal interrupted, “Arnab Goswami is not a special person. Press has no special privileges. The right remedy is Section 438(anticipatory bail) and not Section 482.”

Convinced that his client was unlikely to get relief from arrest, Salve assured the high court that Arnab Goswami will cooperate with the investigation. He said, “If they (Mumbai Police) call him, I will go.”

Bench : As on today, he (#ArnabGoswami ) is not an accused. So we do not think there is any reason to pass an interim order of protection.

Goswami, senior colleagues and Republic TV are facing a criminal investigation for allegedly fixing the TRP in a bid to show an increased viewership for their TV channels. This, in turn, increased their advertisement revenue phenomenally. Mumbai Police Commissioner Param Bir Singh had called the ad revenue generated from this scam as ‘proceeds from crime.’

Goswami had first moved the Supreme Court seeking relief from arrest, but India’s top court had refused to entertain his plea and directed him to approach the high court.