Arnab Goswami’s debate on Anil Ambani’s debt in the Yes Bank crisis went horribly wrong on Friday night after a criminal lawyer warned him to watch his words on LIVE TV. This was just days after Anil Ambani’s wife Tina Ambani wrote a heartfelt note to wish Shloka Mehta and Akash Ambani on their first wedding anniversary. 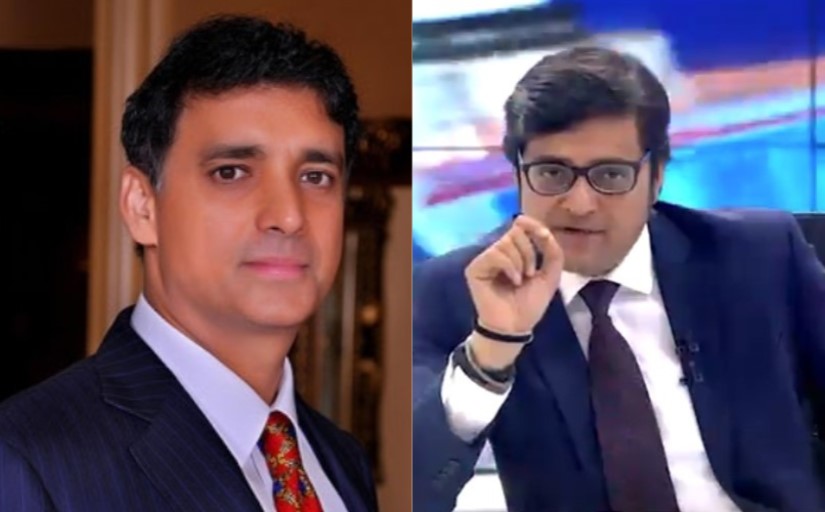 Starting the debate, Arnab Goswami said, “The cabinet has approved a plan to reconstruct Yes Bank. The interest of depositors will be saved and it will involve a public sector bank coming to the rescue. But tonight my question is to the big corporates who’ve taken huge loans and haven’t paid back. What about Anil Ambani?”

Later addressing a criminal lawyer, Rohit Kocchar, Goswami said, “Anil Ambani took Rs 12,000 crore from Yes Bank. Ok! Now he took this money. What he did with this, God knows.”

One panelist told Goswami to refer to Ambani as ‘Rafale waale Anil Ambani’ in a reference to his involvement in the alleged corruption during the purchase of the fighter jets from France. Goswami replied, “I will call him Anil Ambani. You can call him Rafale waale or anything. I don’t care.”

Goswami then shifted his attention to Rohit Kocchar and asked, “I’m telling you to link their (Ambani’s) personal wealth to what they owe to the bank. If today I take a loan, you take a loan Rohit. I can’t pay. The bank will come and take my house. I will be on the street. I want to know if Anil Ambani can’t pay his loan to Yes Bank, will he be on the streets or not? Tell me Mr. Kocchar.”

Kochhar replied, “You are asking a question, which is slightly confused because you’re asking from the emotional side.” Goswami responded, “One minute Rohit. Don’t be patronising with me…I have got my facts better than you can ever have.”

Kocchar then pointedly asked if Goswami was alleging corruption by Anil Ambani. To which Goswami reacted angrily warning him to measure his words. “I am not saying corruption yet,” he clarified.

Kocchar warned Goswami to choose his words carefully reminding him that the Republic TV founder was speaking to someone, who was ‘professionally much more senior than’ him. “So, therefore, please watch your words when you speak to me,” added Kocchar after Goswami accused him of making a shallow argument.

This further irked Goswami, who said, “Watch your words Mr. lawyer. You got it wrong.” To add insult to injury, Goswami made fun of Kochhar drinking water on his show as he said, “Drink up some more water. I don’t think you came prepared for this conversation.”

Arnab Goswami lost his cool as he replied, “Rohit, your unsolicited rudeness on the programme is a reflection of your lack of comprehension of the fundamental issue I am raising with you.”

Kocchar responded, “I’m not being rude. I am only reciprocating the courtesy that you are extending.”

Many panelists demanded that Anil Ambani be arrested immediately and his assets seized. Only last week, Tina Ambani had written a heartfelt note for her nephew Akash Ambani and his wife Shloka Mehta on their first wedding anniversary.

Anil Ambani is the younger brother of Mukesh Ambani, father of Akash Ambani.