Republic TV founder Arnab Goswami has claimed that the Mumbai Police served him two notices within a span of ’12 hours’ to immediately interrogate him. Goswami’s TV channel shared his statement on Twitter stating that the Republic TV founder will ‘subject himself to interrogation’ on Monday. This came days after FIR actress Kavita Kaushik lashed out at Goswami for his disparaging rant aimed at Congress President Sonia Gandhi. 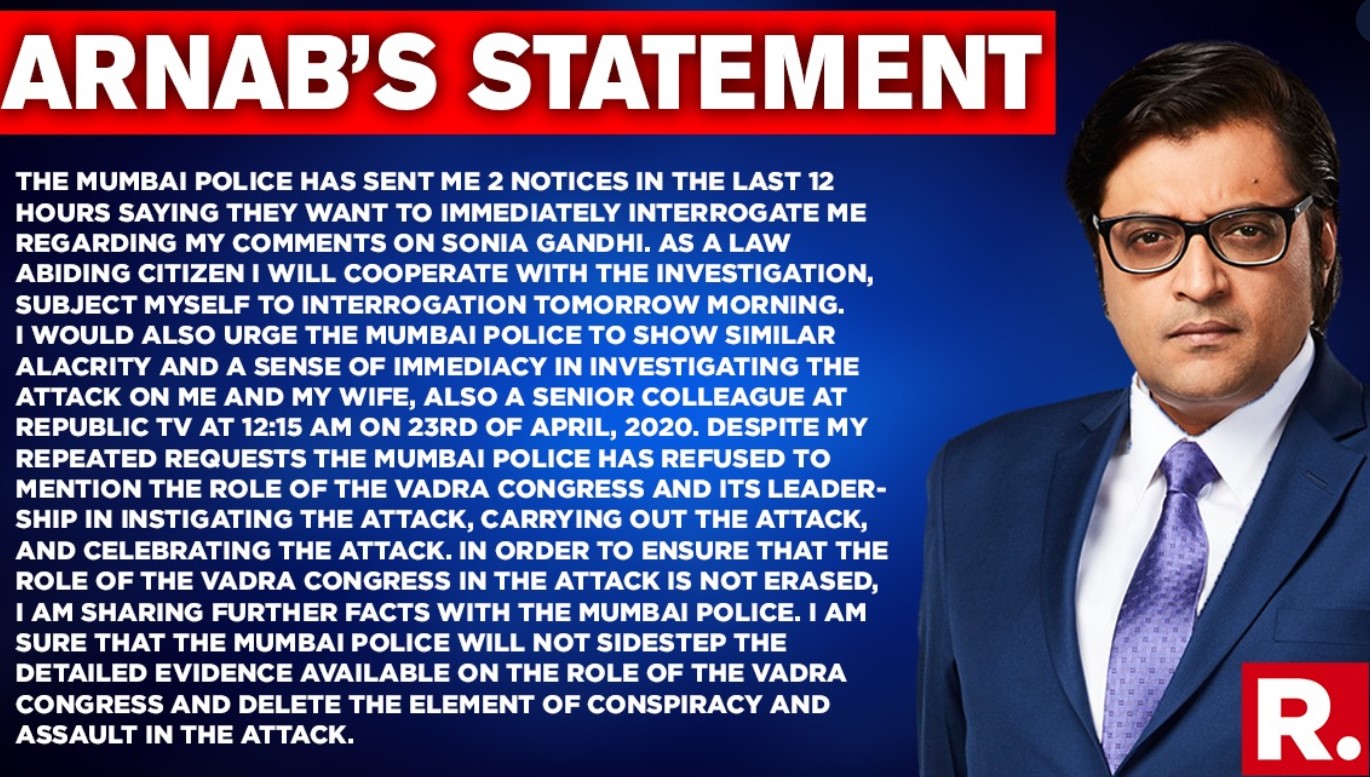 The statement by Goswami read, “The Mumbai Police has sent me 2 notices in the last 12 hours saying they want to immediately interrogate me regarding my comments on Sonia Gandhi. As a law-abiding citizen, I will cooperate with the investigation, subject myself to interrogation tomorrow morning.”

Mumbai Police sends Arnab 2 notices in 12 hours, to immediately interrogate him. As a law-abiding citizen, Arnab will subject himself to interrogation tomorrow, here's his full statement pic.twitter.com/dLBTCfPc54

Dozens of police complaints were filed against Goswami in several states including Maharashtra and Chhattisgarh after the video of the controversial anchor lashing out at Sonia Gandhi went viral. In the video, Goswami had accused the Congress president of being involved in the lynchings of two Hindu monks in Maharashtra’s Palghar.

Goswami had moved the Supreme Court seeking quashing of police complaints filed against him. The top court had given him protection from arrest for three weeks and directed him to cooperate with the investigation.