Republic TV’s Arnab Goswami was an angry man on Monday, when he lost his cool while addressing one of his guests as a dog, who he claimed was loyal to the Congress. This was after the guest asked to remove the dog whistle of his mouth by accusing him of being a BJP sympathiser. 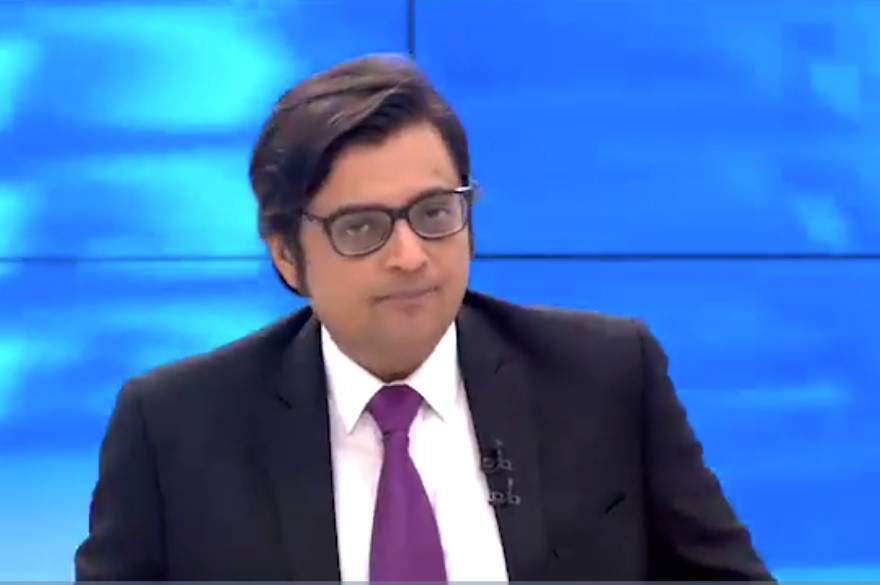 Blaming the ‘Congress mahagathbandhan’ for SP leader Azam Khan’s distasteful comments, Goswami turned to his panelist Rajiv Desai, who’s often projected as a Congress supporter on his show. The Congress has officially boycotted his channel and does not send its spokespersons to the show.

To Goswami’s surprise, Desai began his argument by asking him to take the ‘dog whistle’ out of his mouth. He said, “Arnab, for a moment, if you will take the dog whistle out of your mouth, then you will realise that what Mr Azam Khan said was completely distasteful.”

This prompted Goswami to launch a full-blown attack on Desai as he lost his cool. Addressing Desai in extreme anger, he said, “No, no. Why don’t you Mr Rajiv Desai. Rajiv Desai, the dog whistle that was given to you. Will you stop barking? No no, this bark of yours sounds like a bark of someone, who’s domesticated by 10, Janpath (residence of UPA chairperson Sonia Gandhi).”

Such was his anger that he struggled to complete his sentences, but he did not stop here. His diatribe continued, “When you are domesticated by 10 Janpath and when you used to bark and wag your tails loyally and when for a biscuit, you will bark like the way 10 Janpath will make you bark…If you stop wagging your little tail, now I will ask you. Please tell me what you think of What Azam Khan said.”

In his anger, Goswami forgot that his guest, Rajiv Desai, had started his argument by calling Khan’s statement ‘distasteful.’

Goswami had started his show with his usual rant, blaming everyone opposed to the BJP for Khan’s controversial statements. He had said, “Azam Khan says the most vulgar, perverse and hideously the cheap thing about Jaya Prada, his political opponent. And Priyanka Vadra supports him. Mamata Banerjee supports him. Mayawati supports him. And not just these women leaders the entire award wapsi gang, the pseudo-liberals, all of them support him, which is why beyond the polite expression of regrets and five words of condemnation, they just want to move on.”

Such was Goswami’s anger that he even forgot that the Congress is not a part of the BSP-SP-RLD mahagathbandhan.

Last week, a CPI-M leader had stunned him by calling him namard, which means impotent.

Addressing an election rally recently, Azam Khan, who’s the mahagathbandhan’s candidate from Rampur against the BJP’s Jaya Prada, had said, “It took you 17 years to understand her true colour. It had taken me 17 days to find out that the colour of her underwear was khaki.” Khaki colour is often used to refer to the RSS.

The Election Commission had later banned Khan from campaigning for three days.