Indian cricketer Ravindra Jadeja on Tuesday became the first cricketer to support a political party while still playing for the country. Hours after he was included in the World Cup team, Jadeja took to Twitter to announce his support for the BJP and Prime Minister Narendra Modi. 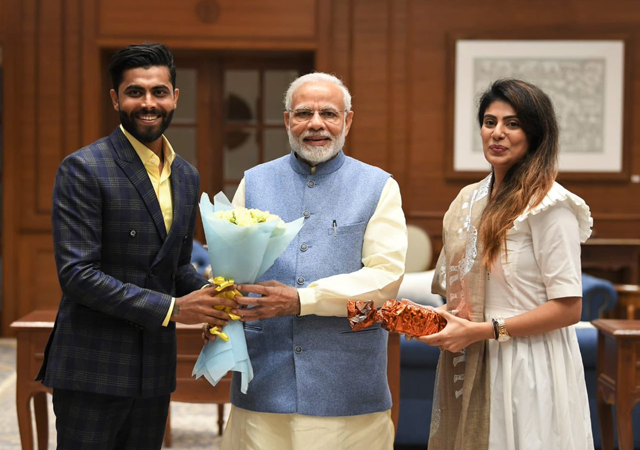 As expected, Jadeja received a thank you note from Modi on Twitter. Modi’s tweet read, “Thank you @imjadeja! And, congratulations on being selected for the Indian cricket team for the 2019 World Cup. My best wishes.”

And, congratulations on being selected for the Indian cricket team for the 2019 World Cup. My best wishes. https://t.co/wLbssqSoTB

No sooner did he make his support for the BJP and Modi public, he began to face social media roasting. The fact that his support for the vicious Hindutva ideology came amidst the Lok Sabha polls, made him a bigger target of incessant trolling. One user wrote, “You just lost a lot of support from Tamil Nadu.” Academic Ashok Swain tweeted, “Jadeja is a jerk afterall!” Another Twitter user wrote, “Ravindra Jadeja’s wife is BJP candidate for Lok Sabha. His father and sister are in Congress. He gets selected in the World Cup squad despite being avg in bowling and batting. I want to live Ravindra Jadeja’s life for 1 day.”

Jadeja’s father, Anirudhsinh, and sister, Nainaba, had joined the Congress at an election rally in Kalavad city of Jamnagar district. His wife Riva Solanki has already joined the BJP.

Recently, another former Indian cricketer Gautam Gambhir had joined the BJP, which may be fielding him as its candidate from one of the seven parliamentary seats in Delhi in this year’s Lok Sabha polls.