Zee Media has recently launched a blistering campaign to promote its lesser-known channel Zee Hindustan, which is seeking to position itself as the market leader in the Hindi news genre. On Wednesday, Janta Ka Reporter had reported how Zee had placed a full page advertisement in The Hindustan Times, taking on Arnab Goswami, Aaj Tak and India TV. However, aside from buying expensive newspaper spaces, Zee also put up a provocative hoarding, targeting Ravish Kumar of NDTV near his office in south Delhi. 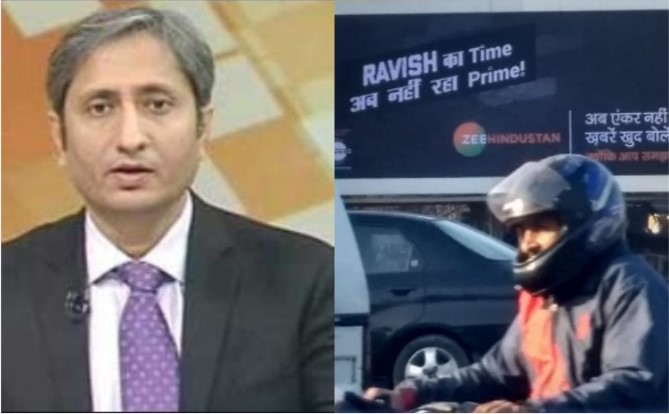 The quirky message of the hoarding ad read, “Ravish Ka Time Ab Nahi Raha Prime (Ravish’s Time is no longer Prime).” This was in reference to the NDTV journalist’s popular Prime Time debate show, broadcast at 9 pm every night. 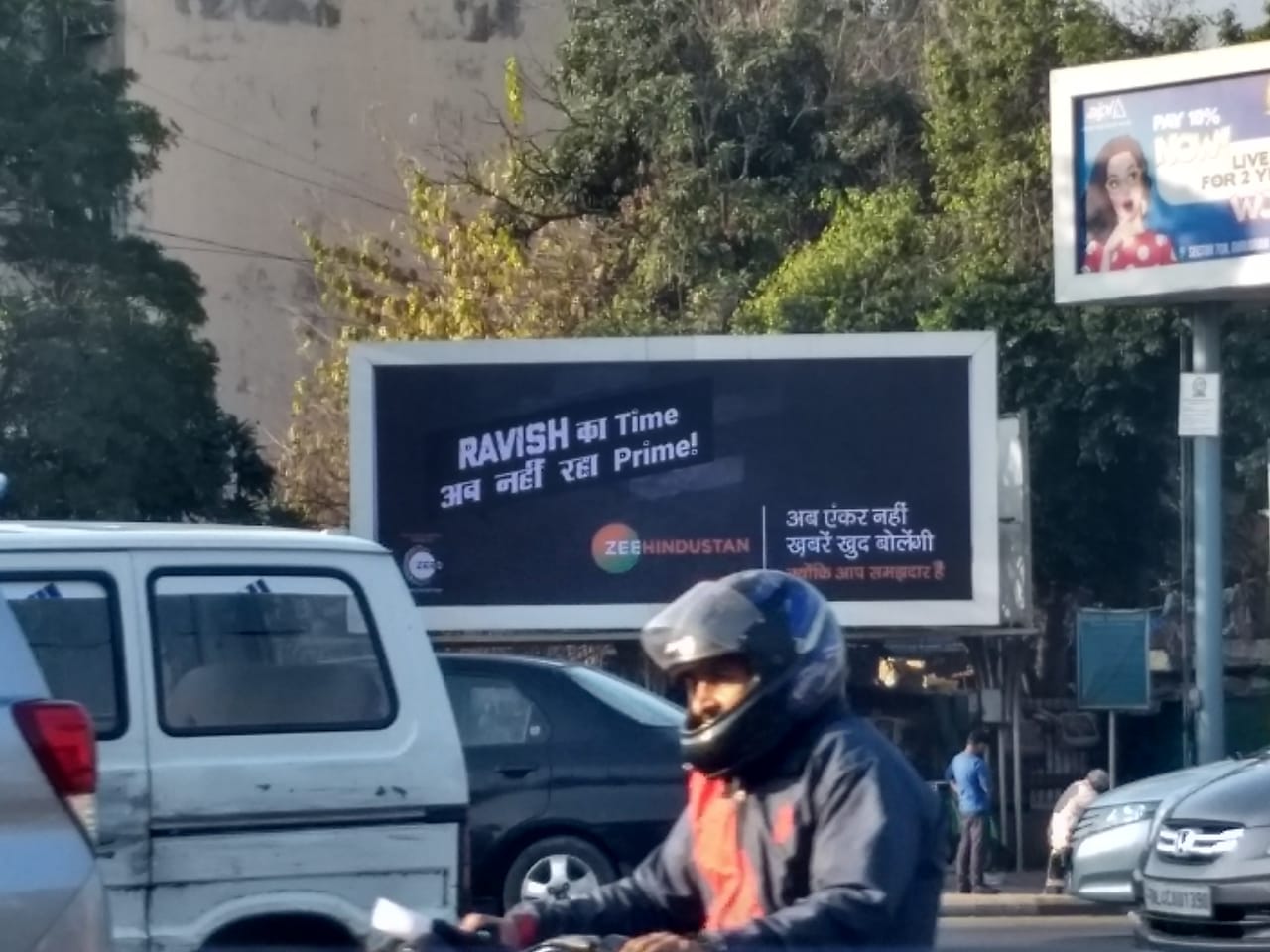 However, unlike Goswami, Aaj Tak and India TV, NDTV decided to respond to Zee’s ad targeting one of its famous journalists. Suparna Singh, the CEO of NDTV, took to Twitter to sarcastically thank Zee and declare that the prime time TV slot was owned by Kumar. She wrote, “Thanks for the @ravishndtv shoutout, Zee ?. We think he owns Prime Time too (Mon-Fri 9 pm).”

Thanks for the @ravishndtv shoutout, Zee ?. We think he owns Prime Time too (Mon-Fri 9 pm) ?? pic.twitter.com/Czr2IVBk2R

Soon it was clear that Zee’s attempt to provoke Kumar had backfired. Danish Manzoor, the Editorial Director of Newsweek group, wrote, “This will go down in History as epic outdoor marketing fail. :).” Twitter user Jyoti Singh commented, “If there is a journalist worth watching and worthy of deep respect, it’s Ravish Kumar.” User Sushmit Roy tweeted, “Zee advertising for Ravish’s Prime Time… Good… At least one good thing they finally did for Journalism..”