Republic TV founder Arnab Goswami has lashed out at Delhi Chief Minister Arvind Kejriwal, calling him ‘one of the biggest exponents of fake news’ in India. Speaking at an event to discuss the future of digital advertising in India, Goswami also said that Kejriwal was the greatest marketing genius in India. 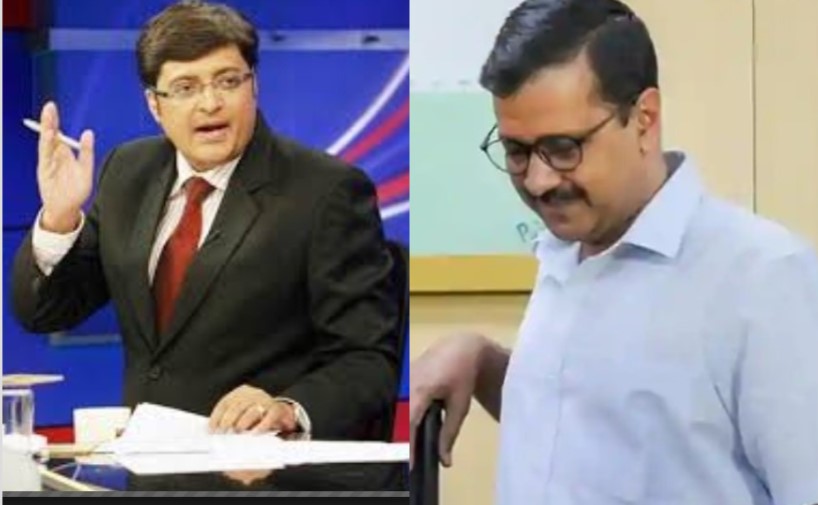 He said, “A defensive digital medium cannot be an agent of social change or transformation. That’s what I told him. He’s the greatest marketing genius in the country called Arvind Kejriwal. You should have invited him.” His comments caused a burst of laughter in the audience.

He continued, “He (Kejriwal) is also, by the way, one of the greatest exponents of fake news because he swore in my interview that ‘I will jump off a building but will not join politics.’ Exactly what the other fellow, who wants a civil war, called Jignesh Mevani said before becoming an MLA. That’s fake news.”

Goswami said that it was he and his team that broke the stories on corruption and scams before ‘the marketing team of Anna Hazare and India Against Corruption’ came and launched protests against them. “I have said freely that Kiran Bedi, Yogendra Yadav and Prashant Bhushan, Arvind Kejriwal and even Mr Anna Hazare had no contribution in fight against corruption. We fought against corruption. But when they made India Against Corruption, we backed them,” he said.

Goswami also targeted Facebook for its campaign against fake news saying that the global campaign by the social media giant was indicative of its attempts to cleansing its conscience. He said, “Cambridge Analytica episode has dented the credibility of Facebook, which he said was handling the menace of fake news with its back against the wall. The entire posturing of Facebook on fake news is extremely defensive. Fake news is a problem but you don’t need an advertisement campaign to fight fake news.”