Comedian-actor Kapil Sharma may have continuously given grief to his co-star Archana Puran Singh on The Kapil Sharma Show, but little did he know that the veteran actor has always regarded him as God’s chosen one. This was revealed by Archana in a heartfelt note. 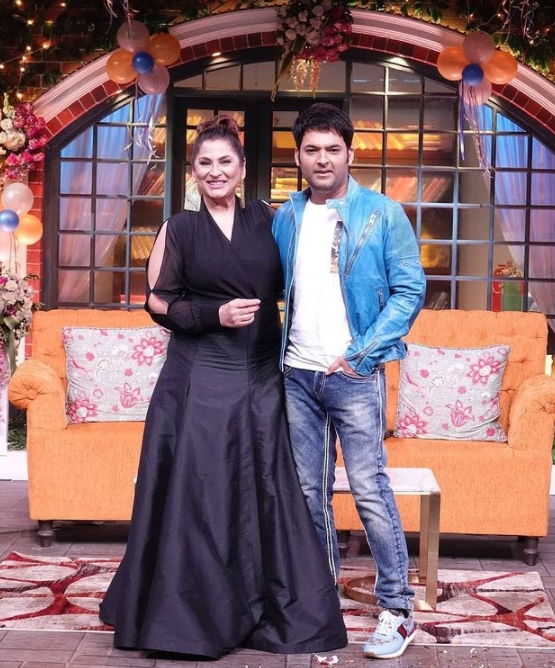 Archana wrote, “I almost always miss birthdays! And this one too, I almost missed.???? But it’s never too late to send happy wishes to one who keeps a whole nation happy.???? HAPPY BIRTHDAY Kapil.”

She added, “You are and always will be one of God’s chosen ones. May your home always be filled with love, happiness and laughter… just as you fill others’ homes with laughter and joy!”

Also wishing Kapil on his birthday was Archana’s husband Parmeet Sethi, who wrote, “HAPPY BIRTHDAY KAPIL. HAVE A BLAST.” He ended his birthday wishes with a red heart emoji.

Archana has become an integral part of The Kapil Sharma Show ever since she replaced Navjot Singh Sidhu as the Sony TV comedy show’s judge. While Kapil has often targeted Archana with his cruel jokes to continuously embarrass the veteran actor on the show, both of them have publicly confessed to having a mutual admiration for each other.

Last year, Archana was was left in disbelief on her birthday when Kapil Sharma wrote flattering compliments for her. Kapil had written, ” “Person with beautiful heart, beautiful face, many many happy returns of the day to the most beautiful and our beloved Archana Puran Singh. May you always continue to smile like this and make money. Love you mam.”

Visibly overwhelmed by Kapil’s compliments, Archana had announced that now the fans of the popular Sony TV comedy show will know that The Kapil Sharma Show host was also capable of praising her.