Indian Idol judge Neha Kakkar left her husband Rohanpreet Singh in a state of shock after she shared a photo of him with actress Avneet Kaur on Instagram days after the two exchanged wedding vows. Rohanpreet, who took part in a reality show as a suitor of ex-Bigg Boss contestant Shehnaaz Gill aka Punjab’s Katrina Kaif, reacted to Neha’s ‘Ex Calling’ post with an ‘angry’ emoji with a public clarification as he told his newly-wed wife that he had not committed anything wrong. 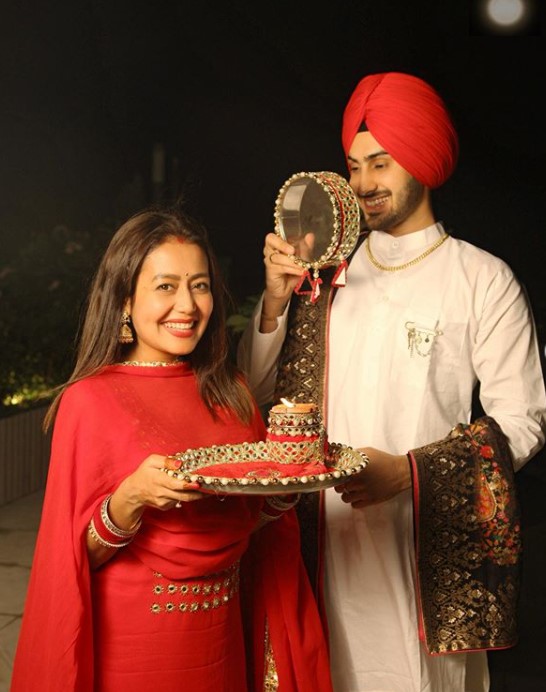 All this started with Neha sharing a poster of her husband’s upcoming music video, Ex Calling, which also features actress Avneet Kaur. Sharing the poster, Neha teased her husband as she wrote, “Rohanpreet Singh’s Ex Calling.” She ended her caption with an angry emoji.

Not to be outwitted by his wife, Rohanpreet replied, “Nehu I swear maine kuch ni kiya!! (Nehu, I did not do anything wrong)???”

Neha and Rohanpreet announced their wedding in early October, taking their fraternity friends by a surprise. They got married in Delhi before organising a lavish reception in Punjab, Rohanpreet’s home state. The popular Bollywood singer had faced some flak from netizens as many accused her of copying the dresses of Priyanka Chopra, Deepika Padukone and Anushka Sharma.

As for Rohanpreet, he shot to fame after taking part in a singing reality show, India’s Rising Star, where he finished the first runner-up. He also took part in another reality show as a suitor of ex-Bigg Boss contestant Shehnaaz Gill aka Katrina Kaif.