Sunrisers Hyderabad on Friday night defeated Royal Challengers Bangalore by wickets in the eliminator round, knocking the Virat Kohli-side out of the competition. 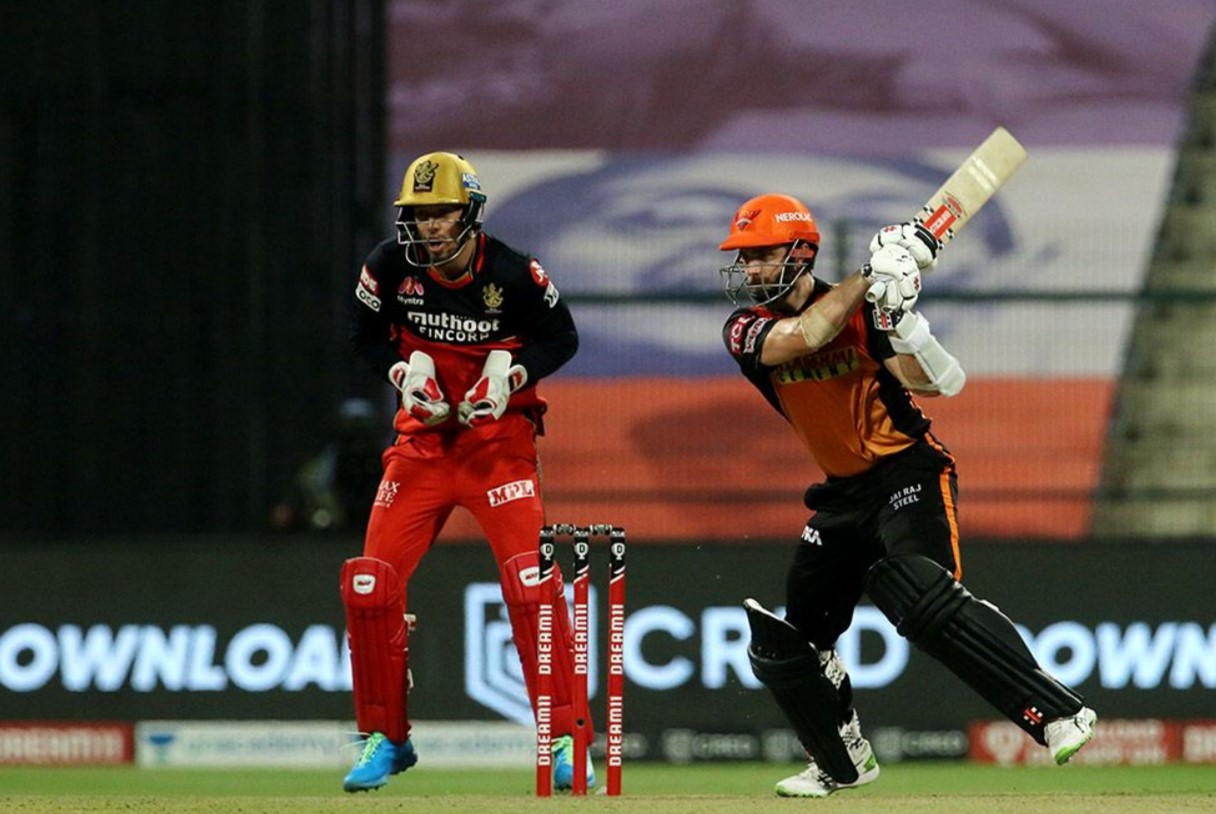 Batting first, Royal Challengers Bangalore batsmen struggled to score freely and could only manage 131-7 in 20 overs. AB de Villiers was the top-scorer for his side with a knock of 56 in 43 balls. Aaron Finch made 32 in 30 balls with skipper Virat Kohli scoring just six in seven balls.

Jason Holder was the most effective bowler for Sunrisers Hyderabad with 3-25 in four overs. T Natrajan scalped two wickets in his quota of four overs.

The run-chase by Sunrisers Hyderabad began on a cautious note as they kept losing wickets at a regular interval. This restricted their ability to score in the first 10 overs. However, Jason Holder and Kane Williamson decided to add stability to the Sunrisers Hyderabad innings. Kane Williamson remained not out at 50 in 44 balls as he guided his side to an important win. Holder too remained NOT OUT at 24 in 20 balls. Together they added 65 runs for the fifth wicket.

Mohammed Siraj picked up two wickets, while Yuzvendra Chahal and Adam Zampa shared one wicket each for the RCB.

Reacting to his side’s loss, Kohli said,  “If you talk about the first innings, I don’t think we had enough on the board already. The position we got ourselves in the second half, probably better execution…a game of margins. We just didn’t have enough runs on the board in my opinion. Maybe nerves? We just allowed the bowlers to bowl where they wanted to and didn’t put them under pressure. We picked out the fielders a lot. It’s been a strange kind of phase, 4-5 games for us. A couple of people have stood up and had good seasons. Devdutt, Siraj as well. Yuzi and AB have been solid as ever. Couple of positives. Devdutt has done it with class and efficiency, it’s not easy to get 400 runs. It was a tough year. It tells you the strength of teams in the IPL. You don’t have home and away so when conditions are same for everyone, the real strengths come out and I thik that’s probably why this has been the most competitive IPL. it was amazing to have the opportunity to come out and play. There’s a bigger picture going on here and we all have contributed to that. We’re privileged we got to be part of that and gave something to the fans.”

David Warner said, “Last few games have taken a bit out. We had to beat the top three to make it first, and we had to knock out three again. We had to sort of change our strategy around the first six, bowl Sandy and Jase with 5 in the powerplay, hold Natarajan and Rash for the middle overs. We had to work out a formula and it’s going well. Congratulations to Natarajan and his wife, they had a baby this morning. What a gift for the little one. What a masterclass from Kane, he’s done it for years for New Zealand. With the class of batting line up they had, you obviously knew there was something in that wicket with the new ball holding. You had to wait for the ball to be overpitched. The spinners bowled quite slow, fantastic through the middle overs. But end of the day, when you have a guy like Kane at the end, you back him. Bit close for my liking. Delh iis a fantastic team, we’ve spoken about their world class bowling. Shikhar is in form, Shreyas as well who is a linchpin for them.”

Williamson was declared Man Of The Match.