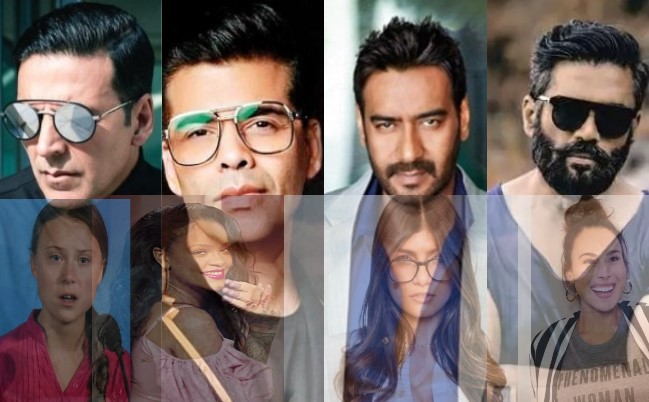 The common theme among the four Indian celebrities in their tweets was the attempt to declare the support extended by Rihanna, Greta, Meena and Mia as international propaganda.

Tweets by Akshay, Karan, Suniel and Ajay were nearly identical and were posted immediately after the Indian Ministry of External Affairs issued an unprecedented statement in response to social media posts of four individuals.

The MEA statement sought to admonish the international celebrities for their support to India’s protesting farmers. It read, “Before rushing to comment on such matters, we would urge that the facts be ascertained, and a proper understanding of the issues at hand be undertaken. The temptation of sensationalist social media hashtags and comments, especially when resorted to by celebrities and others, is neither accurate nor responsible.”

The MEA sought to play down the scale of the farmers’ protest by saying that only a ‘very small section of farmers in parts of India have some reservations about these reforms.’ It claimed that the government was respecting the sentiments of the protestors.

Sharing the MEA’s tweet, Akshay wrote, “Farmers constitute an extremely important part of our country. And the efforts being undertaken to resolve their issues are evident. Let’s support an amicable resolution, rather than paying attention to anyone creating differences. #IndiaTogether #IndiaAgainstPropaganda.”

Karan wrote on Twitter, “We live in turbulent times and the need of the hour is prudence and patience at every turn. Let us together, make every effort we can to find solutions that work for everyone—our farmers are the backbone of India. Let us not let anyone divide us. #IndiaTogether.”

Suniel Shetty tweeted, “We must always take a comprehensive view of things, as there is nothing more dangerous than half truth. #IndiaTogether #IndiaAgainstPropaganda.”

Ajay Devgn wrote, “Don’t fall for any false propaganda against India or Indian policies. Its important to stand united at this hour w/o any infighting. #IndiaTogether #IndiaAgainstPropaganda.”

Hashtags #IndiaTogether and #IndiaAgainstPropaganda were used by the MEA while posting the government’s statement on Twitter.

Soon netizens began to give grief to the above Indian celebrities for choosing to speak on the farmers’ protest only to bail the government out of international embarrassment.

Congratulations to Ajay Devgn, Karan Johar, Ekta Kapoor and Suniel Shetty on joining the IT Cell.

Of course, Akshay Kumar was always there.

Your A/C has been credited with ₹2 /-

So Akshay Kumar and Ajay Devgun are just a refined version of Kangana Ranaut.

Respected @akshaykumar ji, on 7th December 2019, more than a year ago , Indian newspapers carried the story, you are giving up your Canadian citizenship. Pic 1.
Pic 2 & pic 3: did u campaign for former Canadian PM Stephen Harper ?
Pic 2 and 3 . pic.twitter.com/WYm7qVqD9T

of course @akshaykumar is making some sacrifices for modi, it’s unlikely we’ll be seeing him play a sikh again to milk the NRI market https://t.co/l6z451dGnt