Veteran actress Moushumi Chatterjee joined the BJP on Wednesday. She is likely to contest this year’s Lok Sabha elections on the BJP ticket from Kolkata. This was after she reportedly met top BJP leaders including Amit Shah in Delhi on Tuesday. 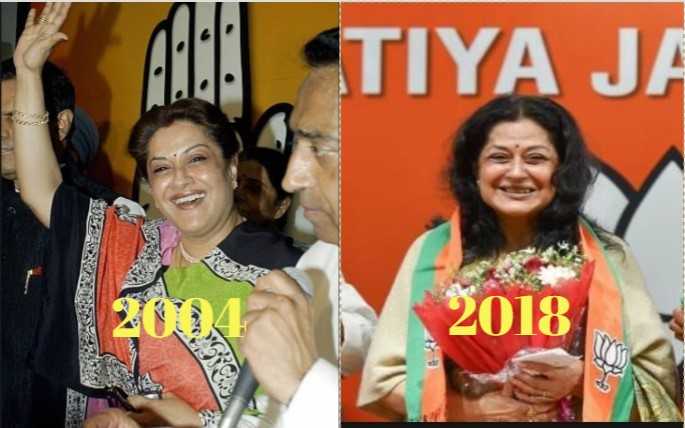 Chatterjee had made an unsuccessful attempt at electoral politics with the Congress in 2004, when she contested the Lok Sabha polls from Kolkata North-East seat. The CPI-M’s Md Saleem had defeated her in the elections. She had taken a break from active politics after her defeat in 2004 parliamentary elections.

Chatterjee joined the saffron party on Wednesday in the presence of senior leaders including BJP General Secretary Kailash Vijayvargiya, who is also in-charge for West Bengal.

Chatterjee said that she was a big admirer of Prime Minister Narendra Modi. The BJP is desperately trying to make inroads in West Bengal, which has lately turned into a fiefdom of sorts for the Trinamool Congress led by Chief Minister Mamata Banerjee.

The party had inducted another popular film star Rupa Ganguly into the party in 2015, before making electing her to the Rajya Sabha as an MP.