Siddharth Shukla’s ugly fights during this season of Bigg Boss became one of the biggest talking points on social media platforms. Such was their rivalry that Rashami had once thrown hot tea on Siddharth, who had then torn Arhaan Khan’s shirt. Both Rashami and Arhaan were in a romantic relationship then. However, the grand finale of Bigg Boss is about to be broadcast, the makers of the Colors TV’s popular reality show have convinced both of them to shoot steamy scenes for the final episode. In the promo broadcast by Colors TV, both Sidharth and Rashmi were seen dancing to the sensuous ang laga de track from film Goliyon Ki Rasleela Ram-Leela featuring Ranveer Singh and Deepika Padukone. 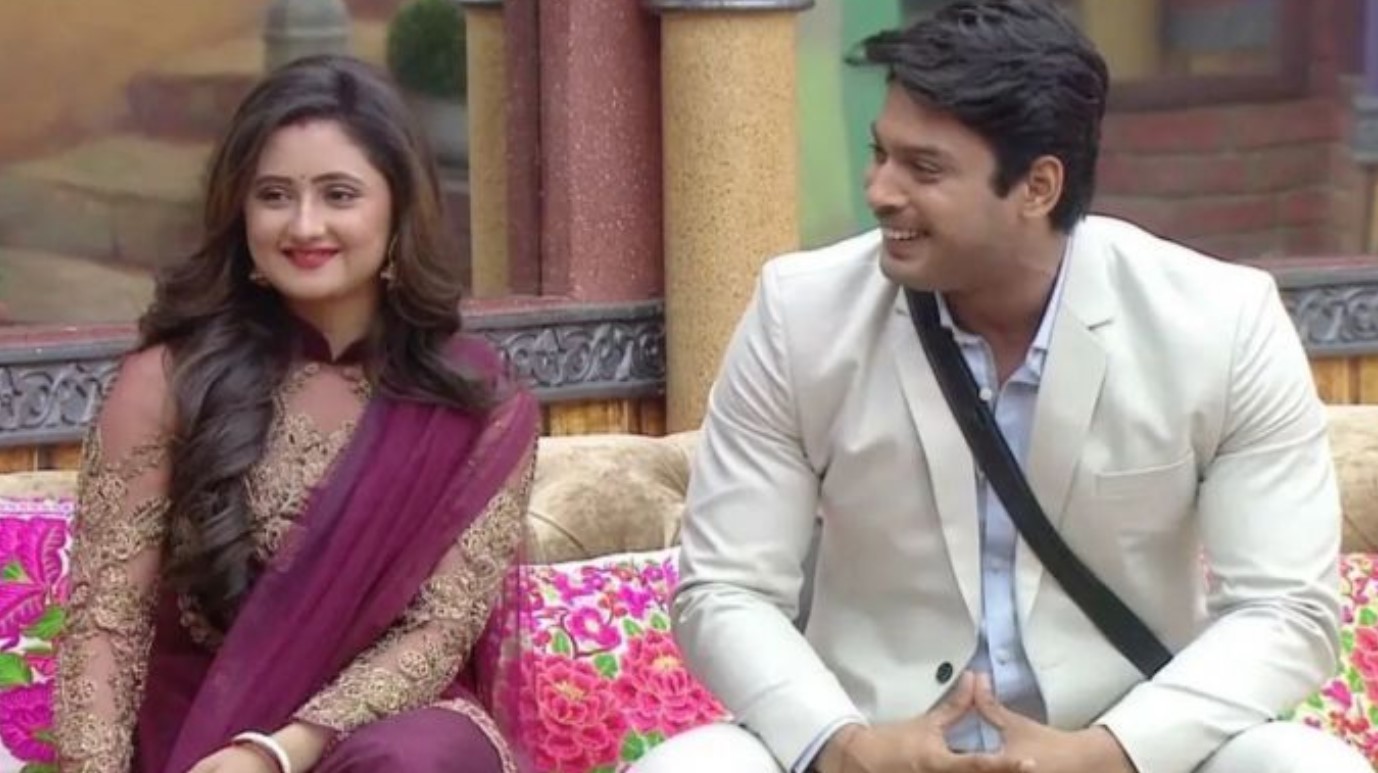 Dressed in a white cropped choli and white lehenga with hair in soft curls, Rashmi matched steps with friend-turned-foe-turned-friend and fellow housemate Sidharth Shukla. Shukla was similarly dressed in a long kurta and pyjama made of similar fabric and colour as that of Rashami’s.

As the director called for action, the camera focussed on Rashami and Siddharth performing the steamy sequence while hugging each other on a bed. They also recreated the famous fight scene where Rashami had thrown tea on him.

The finale will also see Asim and Himanshi Khurana aka Punjab’s Aishwarya Rai setting the dance floor on fire. Himanshi, who resembles Salman Khan’s ex-girlfriend, looked like a dream girl in an embellished ruby red sleeveless gown with her signature straightened hairdo while her ‘boyfriend’ Asim was seen in a shirt with the similar fabric and colour paired with black leather trousers.

Paras Chhabra too will be seen performing with his friend Mahira Sharma, who was evicted from the Bigg Boss show just before the finale episode.