In a sensational development, Siddharth Shukla on Wednesday night appeared to have accused Rashami Desai of planting fake news about him in the past in a bid to malign the Dil Se Dil Tak actor. Siddharth’s latest accusation came just days after he accused Rashami of having stalked him all the way to Goa in the past. 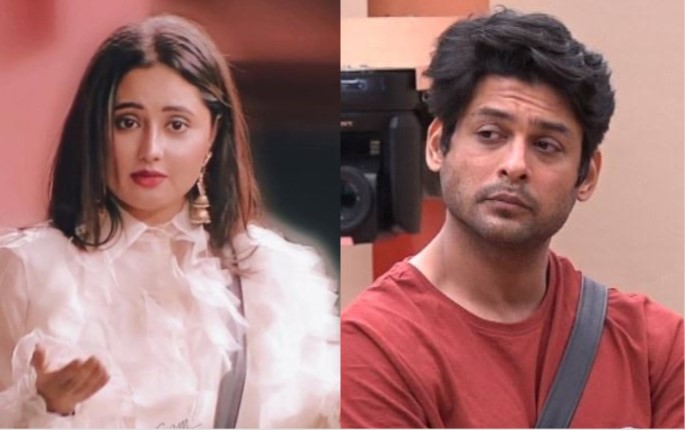 Speaking to Rajat Sharma of India TV, Siddharth explained how he came in touch with Rashami while shooting for Colors TV’s show Dil Se Dil Tak. He said, “We were part of a show (Dil Se Dil Tak). Now that the topic has been touched, so I must explain. When we were part of that show, I used to really like Rashami as an actor since I had seen her work. I used to talk to her nicely, but she was always reserved. That’s because being extroverted may not be a part of her nature, which is absolutely fine.”

Then came the sensational allegation. He said, “Once what happened Sir. An article was published in a newspaper about our show. I’ve never hired a PR in my life. Only this time have I hired a PR (for the Bigg Boss show). That article had sought to explain just how problematic I was. 10 things in that article were quoted (attributed to someone). There was one thing that had actually taken place but the article misquoted that aspect too.

“The remaining nine points were actually Rashami Desai’s qualities. Even the production people told me, ‘Brother, these are things that Rashami does. How did they attribute them to you?’  That’s when our relationship strained.”

Last month too, Siddharth had told Paras Chhabra that Rashami had planted fake news about her in the past. Siddharth had told Paras that Rashami would allegedly plant fake news about him in the press when the two worked in the Colors TV’s series Dil Se Dil Tak. When Paras asked about the content being planted in the press by Rashami, Siddharth said, “It was pure dirt. The dirt that she (Rashami) used to cause, she used to feed that to press attributing it to me. My production house used to wonder and ask me, ‘Bhai, these antics are being caused by her. How come they are blaming you for them?’”

Earlier Siddharth had accused Rashami of stalking him all the way to Goa. He was heard saying, “bahar ki baat karti hai. Jis din main karne par aa gaya na. Peeche aati hai khud, Goa tak pahunch gayi thi. (She i.e. Rashami talks about our life outside the house. The day I start talking about that phase. It was she who stalked me and had even reached Goa stalking me.)”