Archana Puran Singh of The Kapil Sharma Show has given her fans a major update on the return of the Sony TV comedy show fronted by Kapil Sharma. Archana, who escaped to the US just before the pandemic turned deadly in India causing tens of thousands of deaths, has chosen to stay abroad during the doom and gloom affecting India. 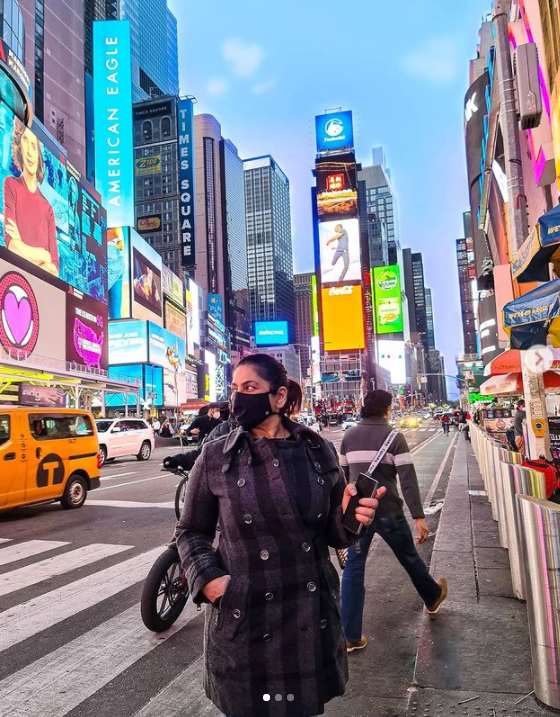 The veteran actor has been sharing videos of her prolonged stay in the US on her Instagram page. In her latest video, she took her fans for a walk down memory lane as she fondly remembered her stay in New York in the past. Also present in the video were her two sons, Ayushmaan and Aaryamann, who too have spent a considerably long time in the famous US city.

Sharing the video, Archana wrote, “New York… a nostalgic walk down memory lane! aur end mein so much rona over a bread ! ???????? arrre if you don’t get bread… eat cake na! lekin nahin. mujhe woh bread hi chahiye. mil gayee????!!! khayee nahin abhi tak. subah hogi toh naashte mein…???? Recipe: dab some butter on a pan. put the bread slice on it. slow roast it on both sides. the cinnamon and raisins in the bread give it the meethapan. the butter gives it the slight namkeenpana. ???? (I also use ghee sometimes… ????) Now I have to sleep and get up quickly… to eat it.????chalo. byeeeee”

The Kapil Sharma Show was taken off air in February this year after Kapil decided to be with his wife during the birth of the couple’s second child.

Archana has been an integral part of the show after Navjot Sindhu left the comedy show as its judge. It seems the popular actor left India just before the deadly pandemic hit India. Her first video from the US was shared on 8 April when she posted a photo of herself from Manhattan. Her caption had read, “Verified
From Madh to Manhattan… ????”