When Krushna Abhishek of The Kapil Sharma Show shared his video showing the resumption of the shooting of his comedy show after a gap of four months, little did he realise that his own sister would address him as his on-screen character of a female masseur. Aarti addressing her own brother as Sapna came just days after she left Krushna red-faced with an impromptu English lesson on Instagram. 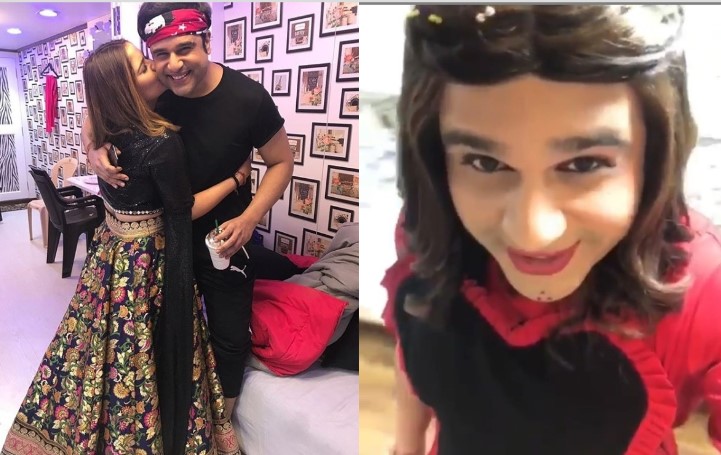 Taking to Instagram, Krushna shared a video of himself arriving at the sets of The Kapil Sharma Show after a gap of four months of lockdown. While sharing the video, he wrote, “On set after 4 months my god ?soooooo happy today?thank u god ?love being on the sets specially this one with all my fav kappu Kiku bharti Sumona and Thakur ?maintaining social distance with all and sanitizing every 10 mins.”

In the video, Krushna was seen arriving on the sets of his show as he showed extraordinary arrangements in place to deal with the danger posed by the global COVID-19 pandemic, which has claimed more than 5,000 lives in Mumbai alone. Crew members of The Kapil Sharma Show looked adequately maintaining social distancing and covering their face with masks and shields.

On set after 4 months my god ?soooooo happy today?thank u god ?love being on the sets specially this one with all my fav kappu Kiku bharti Sumona and Thakur ?maintaining social distance with all and sanitizing every 10 mins ?#banijayproductions #tkss fun shoot

Reacting to Krushna’s video, singer Mika Singh wrote, “Congratulations brother I’m so happy to see you back.” The comedian’s wife, Kashmera Shah, wrote, “So so happy. You and the whole team will rock. Best wishes everyone.”

But the most adorable comment came from Aarti, who addressed Krushna by the comedian’s character, Sapna. Aarti wrote, “All the best hamari pyari sapna @krushna30 cant wiat to see one of the most successful show . Love u.”

Last week, Krushna had to face public embarrassment after her sister Aarti Singh highlighted glaring grammatical errors in his social media post to plug his new show with Bharti Singh. The former Bigg Boss contestant had minced no words as she told her brother that his English sans ‘full stops’ was very difficult to read. This had left Krushna’s fans in splits with many urging her to consider joining The Kapil Sharma Show since she too had impeccable comic timing.