Salman Khan has recently been in the news all for the wrong reasons after he faced brutal trolling on social media for his brazen biases in favour of Siddharth Shukla. Now Janhvi Kapoor’s producer father Boney Kapoor has dropped a bombshell by revealing that his relationship with the Bharat actor had deteriorated. 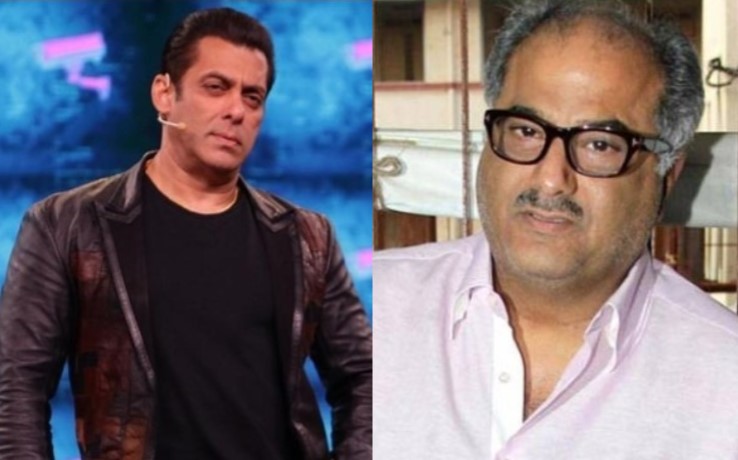 Speaking to news agency IANS, Boney Kapoor acknowledged that it was Salman who was kind enough to take the former’s son under his wings, but the two did not enjoy the same cordial relationship now.

“Arjun always wanted to become a film director and that is why I had no plan to launch him, like a new hero. That was not our plan at all. But one day, I got a call from Salman saying Arjun should try his hand in acting because he has all the elements to become one. So, Salman took Arjun under his wings and groomed him,” Boney Kapoor told IANS.

He continued, “Unfortunately, my relationship with Salman is strained now, but initially Salman encouraged Arjun to get into acting. I owe this to Salman.”

Boney, however, did not explain the reasons why he had fallen out with Salman.

Arjun is rumoured to be dating Malaika Arora, Salman’s former sister-in-law. Malaika and Salman’s brother Arbaaz had ended their 17 years of marriage in 2017.

According to some reports, Arjun Kapoor and Salman Khan had their cars stopped at a traffic signal next to each other but the two refused to share pleasantries.

Salman is reportedly unhappy with Arjun for his decision to date Arbaaz’s ex-wife.

Salman faced brutal condemnation after he announced Siddharth Shukla the winner of this year’s Bigg Boss. The reality show also undermined his stature as he was seen to be acting weak before a little-known TV actor after Siddharth once showed the Bollywood megastar his place on national TV. There were at least two instances when Siddharth proved why he was bigger than Salman, who looked visibly frightened to act against the former’s violent and abusive behaviour.

The just-concluded Bigg Boss show punctured the myth around Salman being all-powerful in Bollywood.