In a dramatic turn of events, soon after Shefali Jariwala was evicted from the Bigg Boss house, Rashami Desai has started cosying up to Siddharth Shukla. The promo broadcast by Colors TV showed Rashami walking up to Siddharth to ask if he still remembered his past association with her. The development has come as a shock to many since not too long ago, Siddharth had accused Rashami Desai of stalking him to Goa. 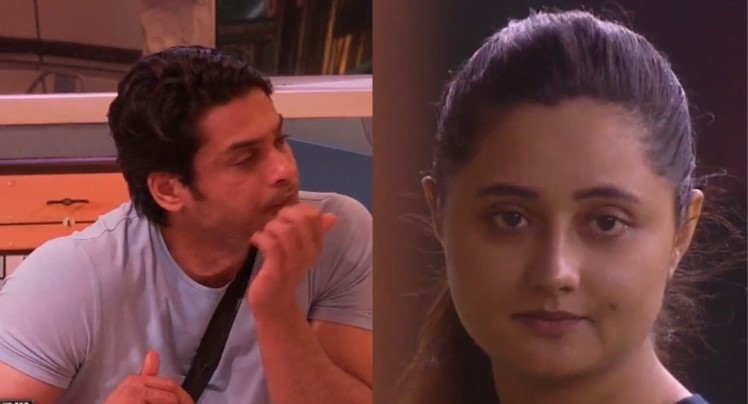 She asked, “I really want to tell you two three things. I am thinking about you. You being nice to me. You taking care. Hope you haven’t forgotten that I am Rashami.”

Both Siddharth and Rashami have worked together in Colors TV’s Dil Se Dil Tak. There were reports that both also dated each other even though they’ve denied any speculations about their relationship. However, they have been engaged in bitter fights inside the Bigg Boss house. Such was the bitterness between them that Siddharth had once sensationally revealed that Rashami had stalked him all the way to Goa.

On another occasion, Siddharth had accused Rashami of planting fake news in the media about him before the two took part in this year’s Bigg Boss.

With Shefali’s departure, Siddharth’s strength inside the house will be severely weakened as the former belonged to his team. The factor working in his favour will be the fact that he has now acquired the membership of the Elite Club. This effectively means that he can use the status to enjoy immunity from eviction once during his stay inside the Bigg Boss house.