When Finance Minister Nirmala Sitharaman on Tuesday presented the annual budget for 2022, little did she realise that she would trigger a meme fest on social media. This was after many including her political adversary and Congress leader, Rahul Gandhi, accused her government of ignoring the country’s middle class in the budget. 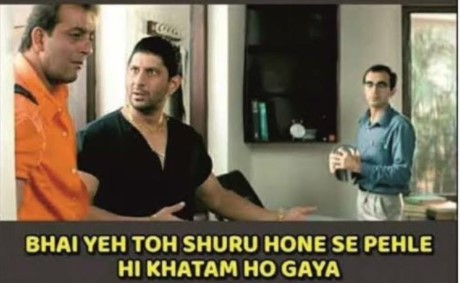 In another social media post on Instagram, Gandhi wrote, “There is despair all around our country, our youth have no future and once again the Modi govt’s budget completely ignores this painful reality. #Budget2022.”

But his comments appeared to irk Sitharaman, who responded in anger during her post-budget press conference. She said, “I wish as a leader of the oldest political party in the country, Rahul Gandhi, please understand what is being said in the Budget.”

Gandhi wasn’t alone in accusing Sitharaman of ignoring India’s middle class. Twitter erupted with hilarious meme fest as netizens began to mock the finance minister for not announcing any benefits for the country’s tax-paying middle earners. One user wrote, “Story of Every Budget: Poor gets Poorer, Rich gets richer and Middle Class Gets the Middle finger. #Budget2022.”

Others simply chose to use hilarious memes to express their disappointment.

Story of Every Budget: Poor gets Poorer, Rich gets richer and Middle Class Gets the Middle finger.#Budget2022

Middle Class after banging utensils, Chanting JaiModi JaiModi, Going nuts after #Pulwama , and finally getting GHANTA even in this budget!#Budget2022 pic.twitter.com/ipPlHthjG7

#middleclass We are here only to pay taxes there is nothing for us.
Middle class’s reaction after hearing budget speech- pic.twitter.com/sPX6hcEepY

Sitharaman finished her budget speech in just 90 minutes, making it her shortest speech to date.