Opposition parties and netizens have reacted in anger after the Centre’s Narendra Modi government decided to hike the price of domestic cooking gas (LPG) price by Rs 50 per cylinder. With this hike, a 14.2-kg non-subsidised LPG cylinder will now cost Rs 949.50 in Delhi. 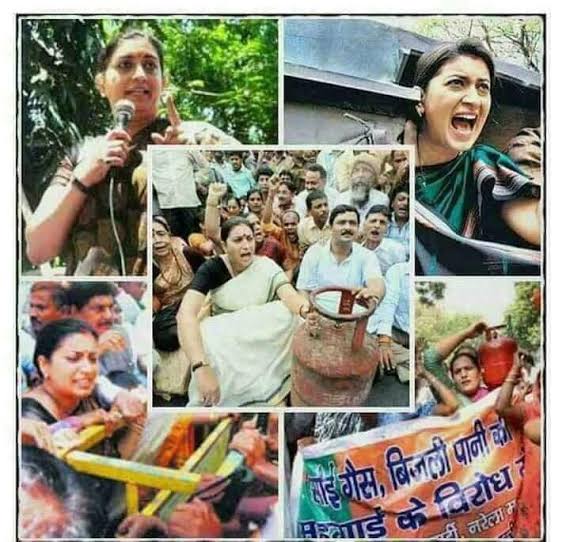 There were speculations that the government would increase the price of LPG and petroleum products in line with the increase in the international market. But, the government could not afford to hike the price fearing adverse impact on its poll prospects in the five states that recently went to polls.

This is the first price hike in LPG price since early October.

A report by news agency PTI said that a 5 KG LPG cylinder will now cost Rs 349 while the 10 kg composite bottle will come for Rs 669.

Reacting to the government’s move, Congress and Trinamool Congress MPs raised the issue in the Rajya Sabha, resulting in the adjournment of proceedings in the Upper House of the Indian parliament briefly.

Congress leader Anand Sharma said that it was ‘very clear that the government was just waiting for the election results to be out and once again, they have done, but, they have done for the last eight years, hurting the poor without any justification.’

“When you look at the price of crude oil per barrel, in the international market, yesterday, it was 108 dollars and in 2014, in May, when Shri Narendra Modi and this government assumed office, it was exactly 108 dollars, but, the price in Delhi or national average then was Rs 71 but, to my memory in Delhi it was Rs. 69 and below Rs 60 at that time was the diesel price. You look at the gas prices then, so if the previous governments could manage without hurting the poor, what justification this government has. They have mismanaged the economy and when they want to raise some resources, it is to loot the poor, to hurt the poor, that is where they are more worried about. They can give all tax reliefs to those, who do not need, to the rich ones, but, this is what the poor get. So, we will continue the protest and raise this voice,” he added.

On social media, users mocked BJP leaders to highlight their hypocrisy by digging out their old statements on the price hike by the then Congress-led UPA government.

"They are protesting why just Rs 50 has increased" pic.twitter.com/jDwNmSO1FM

After election zig-zag is over, 14.2 kg Domestic cooking gas LPG price hiked by Rs 50 per cylinder & Diesel hiked by 80 Paisa per Litre : Sources
.
Welcome to Era of Bhaktology ???????? pic.twitter.com/7NRMzViGnE