Two Indians working in the UAE face police action and could be deported back to India for Islamophobia amidst the right-wing brigade making desperate attempts to vilify Muslims for the spread of coronavirus.

The first person facing punitive action is one Mitesh Udeshi, whose Linkedin profile says that he’s working as Financial Planning and Analysis Manager at United Al Saqer Group in Abu Dhabi. He is accused of posting a satirical cartoon mocking Islam on his Facebook page. He had used a cartoon to say that a ‘Corona Suicide Spitter’ could kill 2,000 people while a Jihadi suicide bomber could kill just 20 people by detonating explosives. 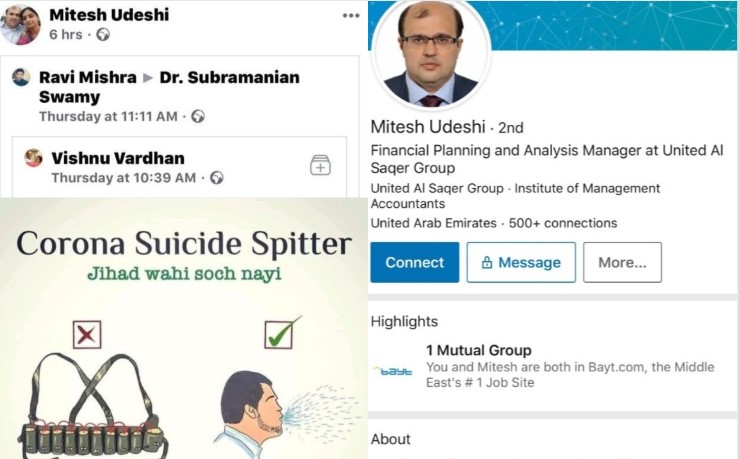 A report by Gulf News said Mitesh’s employer had taken a dim view of his Islamophobic social media post. “We are examining the case. Strict legal action pursuant to UAE laws will be taken against the man if our investigation reveals that it was he who put up that post. He will be sacked. We have a zero-tolerance policy,” the company’s legal representative was quoted as saying. 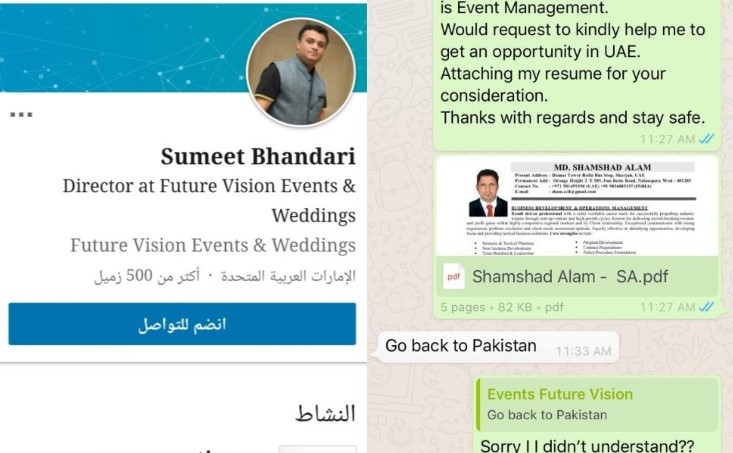 Alam has filed a complaint with the Dubai Police, which has zero tolerance to racial discrimination.